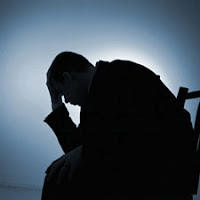 “Bernanke and Paulson are trying to tackle the financial crisis from the wrong end. This isn't about liquidity or "access to credit", its about confidence. The public's trust has been betrayed a million times over. They've been tricked with WMD, bamboozled with phantom enemies, and cheated with bogus securities. All the surveys say the same thing; public confidence is at an all-time low. As a result, fear and pessimism are more widespread than any time in recent history. People no longer expect tomorrow to be better than today. In fact, they expect it to be worse, and for good reason. The country has broken loose from its moorings and is adrift. There's no accountability at any level of government anymore; it doesn't matter how big or heinous the crime, no one pays. The justice system is a sham. In fact, the D.O.J. is just a weapon for destroying political enemies; that's it. The one noteworthy conviction in the last 8 years was home-decorating guru Martha Stewart. What a joke. In his memoirs, Bush can boast, "At least we got Martha Stewart off the streets."
And it's not just the justice system that lacks credibility either; it's the financial system, too. The stampede out of the stock market to US Treasurys shows how quickly trust can turn to panic. The downward spiral of the economy reflects the mood of the country; dark and gloomy. That's not something that can be changed with more liquidity. After all, the economy is more than the sum of its parts, just like people are more than just consumption machines that can be zapped like rats into spending themselves into oblivion. They're sentient beings who can see the deteriorating economic conditions closing in on them and threatening their security. They're scared. Bernanke--the academic--sees the economy through the lens of his research on the Great Depression. He, like many other monetarists, believe that the depression was the result of the one-third contraction in the money supply during the 1930s. It is a widely held view and it could be true. But if that's the case, than why haven't the Fed's myriad lending facilities--which have flooded the financial system with trillions of dollars of liquidity--stopped the markets from crashing and the recession from deepening. Could it be that there were other factors besides just money supply? People are hunkering down for a reason, and its not just lost revenue. They've lost faith in their institutions--the government, the banks, and the media; everybody is in it for themselves, and it shows. Even now, with the economy teetering at the brink of disaster, high-ranking officials like Paulson are still diverting hundreds of billions of dollars from the Treasury to their Wall Street buddies leaving nothing behind but a few scraps for the working stiffs. And Paulson isn't alone either; his Darwinian "dog eat dog" creed is the prevailing ethos of the corrupt oligarchy that runs the country, Republican and Democrat alike, it makes no difference. It's "me first" and the public be damned. “
- Mike Whitney, http://www.informationclearinghouse.info/article21334.htm
Posted by CoyotePrime at 6:55 PM