"It Cannot Be An Accident" 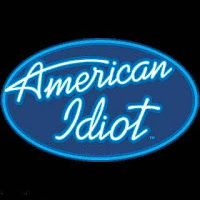 “It surely cannot be an accident that 25% of all the world’s prisoners are incarcerated in American jails (1% of the entire US adult population); that two-thirds of the world’s consumption of antidepressants occurs in the United States; that 24% of the American population say that it’s OK to use violence in the pursuit of one’s goals, 44% support the torture of alleged or suspected terrorists, and 39% want Muslims in the US to be required to carry a religious ID on them at all times (why not just make it a yellow star, and be done with it?); that the country has the greatest percentage of single-person dwellings in the world, the highest homicide rate, the largest military budget (by several orders of magnitude), and the greatest number of square feet of shopping malls on the surface of the planet. The data on ignorance and stupidity, which I have documented elsewhere, are breathtaking, and Robert Putnam’s description (in Bowling Alone) of the collapse of community, trust, and friendship is one of the saddest things I have ever read. Dialectically, and ironically, American “success” became American ruin; the crash of October 2008 was merely the tip of the iceberg.
The USA will implode. No nation this stupid, arrogant, ruthless, selfish, hateful, and greedy can stand for long. Hyper-individualism is rampant. Obama once mentions that America should “spread the wealth” and Pavlov’s dogs bark, bark, bark, “OMG!! A Socialist!!!” As if Obama were a real socialist, but that’s besides the point.

We can’t blame everything on the American people themselves for being so outright ignorant. We were just “following orders” of our masters in Media and Government and Education. We put our trust in them not knowing that they had a nefarious agenda called New World Order. The crashing economy and massive job losses are all part of the master plan. Money is worshiped and humility mocked.

Did it really have to be this way? Is money and power so all consuming for the Elite that they are ready to kill the goose that laid the golden egg for that one last dollar to be had? I just don’t understand how people here can be so close-minded, ignorant, stupid and PROUD of it?
Educate ones self. This is my mantra right now. Not academic hair splitting, but a coherent argument with everyone you meet- be armed with facts, and talk about class, poverty, and the environment. And remember whose side we’re on...meaning one doesn’t have to duck an embrace of Castro and Chavez just because they are not perfect, or Aristide or Correa or Morales. These are our friends, and all movements against Imperialism should be supported, too. Chavez has built roads, infrastructure, schools, free healthcare, $.12 cents a gallon gas and many more good things.
Today, a revolutionary consciousness isn’t sidetracked by Obama, but by a 24/7 stream of TV and Hollywood marketed reality. The sense of commodity worship is so profound that people can only examine themselves in terms of sales. We are all hookers on the great whore track of US culture.”
- FORMER MERETRICIOUS TRAVELLER OF THE IPC, http://sanityisdead.blogspot.com/
Posted by CoyotePrime at 2:33 PM