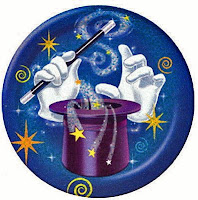 “Professional pickpocket Apollo Robbins has an uncanny ability to control minds. He can manipulate people to an extraordinary degree, drawing their attention away from his thieving hands as he purloins watches and wallets in plain sight. These days, Robbins gives his ill-gotten gains back - he has given up a life of crime to become an entertainer - but most of his victims still have no idea they've been robbed until it's too late. Watching Robbins at work is like watching somebody with supernatural powers. Yet, like his fellow conjurors, Robbins deceives his targets using nothing more than a finely honed understanding of human psychology. "I think of myself as a folk psychologist," he says. "It's all about developing an instinct for how the human mind works."
After years of ignoring magic, researchers are starting to realise that the methods magicians use to manipulate the human mind might hold important insights into how it works. "We're all thinking about the same questions," says Christof Koch, a neuroscientist at the California Institute of Technology in Pasadena. "We just come at the problems from different angles."

Magic is all about appearing to break the laws of nature - making solid objects appear or disappear, sawing human beings in half, reading people's minds, and so on. The laws of nature, of course, are inviolable, which is why magicians target the human brain instead, packed as it is with glitches and weaknesses that can be exploited to create the illusion of doing the impossible. And they're brilliant at it: magic tricks only work if you fool all of the people all of the time.