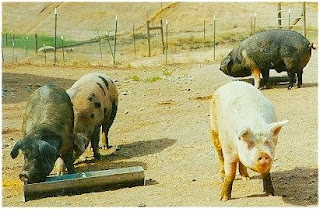 "In 2008, "the brokerage units of New York financial companies lost more than $35 billion." According to a report by the New York state comptroller, these companies simultaneously doled out an estimated $18.4 billion in bonuses, "the sixth-largest haul on record" and the same amount as distributed in 2004, "when the Dow Jones industrial average was flying above 10,000, on its way to a record high." Reacting to the news, White House Press Secretary Robert Gibbs characterized the story with one word during yesterday's press briefing: "Outrageous." "Whether it's government or the financial system, we're not going to be able to do what is needed to be done to stabilize our financial system if the American people read about this type of outrageous behavior," Gibbs said. When the Troubled Assets Relief Program (TARP) was passed last September, Congress made a show of limiting executive pay. President Obama will have to strengthen TARP and other financial regulations to make a real impact on outrageous corporate malfeasance.

PRESIDENTIAL OUTRAGE: Obama made it clear yesterday that he was frustrated by such corporate greed. While meeting with Treasury Secretary Timothy Geithner, Obama condemned the "shameful" Wall Street bonuses. "That is the height of irresponsibility. It is shameful, and part of what we're going to need is for folks on Wall Street who are asking for help to show some restraint and show some discipline and show some sense of responsibility," Obama said emphatically. In a way, the banks are holding the American people hostage, as they "find themselves in the difficult position that if they don't provide help, the entire system could come crashing down on our heads," Obama said. He added that Americans, "are serious about their responsibilities. I am too in this White House. And I hope folks on Wall Street are going to be thinking in the same way."

OUTLANDISH PURCHASES: The shameful bonus report was just the most recent proof of Wall Street's irresponsibility. Last week, as former Merrill Lynch CEO John Thain was agreeing to resign from Bank of America, news broke that he had spent more than $1 million redecorating his office, including paying $800,000 for a celebrity designer and spending $87,000 on an area rug. All this while Merrill was collapsing -- the bank reported a loss of $15.31 billion in 2008 -- and the newly merged Merrill Lynch-Bank of America was requesting more aid from the government. Thain had also doled out $4 billion in executive bonuses to favored Merrill employees just before the merger. Just last week, the Treasury Department agreed to give Bank of America $20 billion in additional aid. Separately, it was revealed earlier this week that Citigroup was in the final stages of purchasing a $50 million private jet -- after receiving $45 billion in public TARP funds this fall. After the Thain scandals, the Citi jet seemed to be the final straw for Obama. "Secretary Geithner already had to pull back on one institution that had gone forward with a multimillion-dollar plane it purchased at the same time as they are receiving TARP money," Obama said exasperatedly. "We shouldn’t have to do that, because they should know better." The jet deal for Citigroup has since been canceled.
FIXING THE PROBLEM: Obama believes that the initial TARP legislation "failed to live up to the expectation that all of the American people had for it," in terms of reining in executive compensation, Gibbs said yesterday. "That's why this administration and this economic team are taking the time to evaluate how we move forward." Also yesterday, the congressional panel that oversees TARP recommended that financial regulators "consider revoking bonus pay for executives of failing institutions needing government help." The panel said the threat of losing bonuses might help executives "avoid excessively risky behavior." Susan Reed, a CBS business correspondent, had another idea: "A more productive way to distribute rewards is by only awarding company stock. This would keep employees mindful of the risks they are taking to their organization and would tie their company’s performance to their own. ... And it would require employees and managers to shoulder their own risk." One indication of how seriously the Obama White House will address the problem of "outrageous" executive pay is former Fed chairman Paul Volcker's role as an economic adviser. Last November, he "blamed excessive pay packages for leaving the world with a 'broken financial system,'" condemning a system full of "tremendous rewards and payment of magnitude for presumed success and not much penalty for failure." - americanprogressaction.org
Posted by CoyotePrime at 11:45 AM