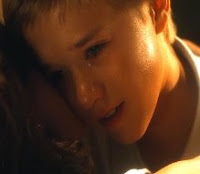 "Poisonous pedagogy is a phrase I use to refer to the kind of parenting and education aimed at breaking a child's will and making that child into an obedient subject by means of overt or covert coercion, manipulation, and emotional blackmail. The mistreated and neglected child is completely alone in the darkness of confusion and fear. Surrounded by arrogance and hatred, robbed of its rights and its speech, deceived in its love and its trust, disregarded, humiliated, mocked in its pain, such a child is blind, lost, and pitilessly exposed to the power of ignorant adults. It is without orientation and completely defenseless.
Its whole being would like to shout out its anger, give voice to its feeling of outrage, call for help. But that is exactly what it may not do. All its normal reactions, the reactions with which nature has endowed it to help it survive, remain blocked. If no witness comes to its aid, these natural reactions would enlarge and prolong the child's sufferings. Ultimately, the child could die of them.
Thus, the healthy impulse to protest against inhumanity has to be suppressed. The child attempts to extinguish and erase from memory everything that has happened to it, in order to banish from consciousness the burning outrage, fury, fear, and the unbearable pain - as it hopes, forever. What remains is a feeling of its own guilt, rather than outrage that it is forced to kiss the hand that beats it and beg for forgiveness - something that unfortunately happens more than one imagines.
The abused child goes on living within those who have survived such torture, a torture that ended with total repression. They live with the darkness of fear, oppression, and threats. When all its attempts to move the adult to heed its story have failed, it resorts to the language of symptoms to make itself heard. Enter addiction, psychosis, criminality.
If, as adults, we nevertheless begin to have an inkling of why we are suffering and ask a specialist whether these sufferings could have a connection with our childhood, we will usually be told that this is very unlikely to be the case. And if it were, that we should learn forgiveness. It is the resentment at the past, we are told, that is making us ill. By demanding obedience above all from a child (whether by physical punishment, by psychological means, or through some combination of both), parents forbid the child from fostering an authentic sense of self. Because children are completely dependent on their parents, they dare not question their parents' goodness, or their "good intentions." As a result, when children are punished, even if they are punished for no reason or for a reason that makes no sense, they blame themselves and believe that the fault lies within them. In this way, the idealization of the authority figure is allowed to continue. In addition, the child cannot allow himself to experience fully his own pain, because that, too, might lead to questioning of his parents.
In this manner, the child is prevented from developing a genuine, authentic sense of self. As he grows older, this deadening of his soul desensitizes the child to the pain of others. Eventually, the maturing adult will seek to express his repressed anger on external targets, since he has never been allowed to experience and express it in ways that would not be destructive. By such means, the cycle of violence is continued into another generation (using "violence" in the broadest sense). One of the additional consequences is that the adult, who has never developed an authentic self, can easily transfer his idealization of his parents to a new authority figure.
There is a good deal else that would not exist without "poisonous pedagogy." It would be inconceivable, for example, for politicians mouthing empty cliches to attain the highest positions of power by democratic means. But since voters, who as children would normally have been capable of seeing through these cliches with the aid of their feelings, were specifically forbidden to do so in their early years, they lose this ability as adults. The capacity to experience the strong feelings of childhood and puberty (which are so often stifled by child-rearing methods, beatings, or even drugs) could provide the individual with an important means of orientation with which he or she could easily determine whether politicians are speaking from genuine experience or are merely parroting time-worn platitudes for the sake of manipulating voters. Our whole system of raising and educating children provides the power-hungry with a ready-made railway network they can use to reach the destination of their choice. They need only push the buttons that parents and educators have already installed. By the time we learn to think conceptually, a functioning emotional mechanism is already in place. The nature of that emotional mechanism will determine in many respects precisely how we think, when we finally do.
It is only from a child who was never injured that we can learn entirely new, honest, and truly humane behavior. Such a child does not accept without question the pedagogic reasoning to which we were susceptible. He feels he is entitled to ask questions, to demand explanations, to stand up for himself, and to articulate his needs."
- Alice Miller, "Concerning Forgiveness: The Liberating Experience of Painful Truth"
Posted by CoyotePrime at 6:30 PM