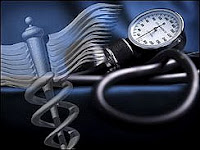 "If there was ever a graphic illustration of how global interconnectedness affects public health, it's the swine flu affair. Wherever it started, the current crop of cases seems related to Mexico, either as the epicenter or via travelers. Four US states have cases. Those not on the Mexican border are related to travel to Mexico. Kansas, New York City, the suspect cases in secondary school teachers and students in Auckland, New Zealand just returned from Mexico. And France has two suspect cases also just returned from Mexico, as does Spain. Surprisingly there are few documented cases in the medical literature (there's a good review by Mangili and Gendreau in Lancet. 2005 Mar 12-18;365(9463):989-96). There is at least one flu outbreak in 1979 caused by turning off the ventilation system in a plane full of military recruits while it sat on the runway. Here’s the abstract:
‘A jet airliner with 54 persons aboard was delayed on the ground for three hours because of engine failure during a takeoff attempt. Most passengers stayed on the airplane during the delay. Within 72 hours, 72 per cent of the passengers became ill with symptoms of cough, fever, fatigue, headache, sore throat and myalgia. One passenger, the apparent index case, was ill on the airplane, and the clinical attack rate among the others varied with the amount of time spent aboard. Virus antigenically similar to A/Texas/1/77(H3N2) was isolated from 8 of 31 passengers cultured, and 20 of 22 ill persons tested had serologic evidence of infection with this virus. The airplane ventilation system was inoperative during the delay and this may account for the high attack rate.’
With current air travel, no place is farther than a single incubation period for influenza. And no place is immune. While there aren't any pig farms in Israel, there could easily be swine flu. From Haaretz: 'Authorities fear a case of swine flu may have made it to Israel after a 26-year-old Israeli who just returned from a trip to Mexico checked himself into the hospital reporting flu-like symptoms. On Sunday, the Foreign Ministry urged Israeli nationals in Mexico and certain parts of the United States to exercise caution after the deadly swine flu strain killed up to 81 people in the central American country.'
"Forget about local containment. Forget about border controls. They'll only make things worse. Swine flu has a ticket to ride. We should be putting all our efforts in managing the consequences."
- http://scienceblogs.com/effectmeasure/2009/04/swine_flus_ticket_to_ride.php
Posted by CoyotePrime at 12:44 PM