"A New Race of Monsters?" 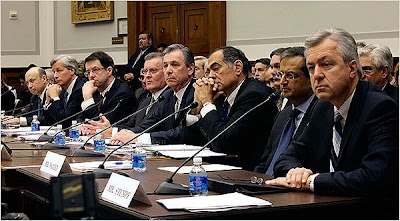 "A line in Dashiell Hammett’s great detective novel, 'The Thin Man', keeps coming back to me. About a particularly toxic family she and Nick Charles have become involved with, Nora asks, “Are they the first of a new race of monsters?” Could there be a more apt description of the contemporary lords of finance, this collection of sociopaths who seem to think that the rest of us exist merely to make them obscenely wealthy?"
- Ed Stein, http://robot6.comicbookresources.com/tag/editorial-cartoons/
Posted by CoyotePrime at 11:12 AM