"Refuting the popular stereotype that females talk more than men, researchers at The University of Texas at Austin have found women and men both use an average of 16,000 words each day. The psychology researchers have published their findings in “Are Women Really More Talkative Than Men?” in the July issue of Science. 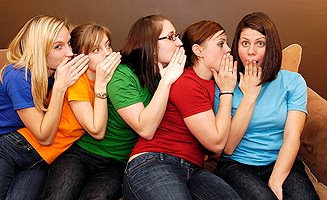 For more than a decade, researchers have claimed that women use far more words each day than men. One set of numbers that is commonly tossed around is that women use 20,000 words per day compared to only 7,000 for men. “These findings have been reported widely by national media and have entered the cultural mainstream,” James W. Pennebaker, chair of the Psychology Department and co-author of the study, said. “Although many people believe the stereotypes of females as talkative and males as reticent, there is no large-scale study that systematically has recorded the natural conversations of large groups of people for extended period of time.”
For eight years, the psychology researchers have developed a method for recording natural language using the electronically activated recorder (EAR). The unobtrusive digital voice recorder tracks people’s interactions, including their conversations. The researchers analyzed the transcripts of almost 400 university students in the United States and Mexico whose daily interactions were recorded between 1998 and 2004. The research participants could not control the EAR, which automatically records for 30 seconds every 12.5 minutes, and did not know when the device was on."
Source: University of Texas at Austin, http://www.physorg.com/news102865702.html
Posted by CoyotePrime at 12:27 PM