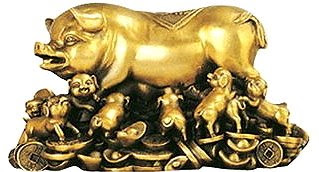 "Dont Mess With Goldman"
by Matthew Goldstein
"Poor Sergey Aleynikov. The former Goldman Sachs programmer who allegedly stole some of the Wall Street firm’s top secret proprietary trading code picked the wrong firm to mess with–really. If Aleynikov had been an employee of UBS, he might only be facing a civil lawsuit right now–not federal criminal charges. In March, nearly four months before Goldman ran to federal prosecutors with their concerns about Aleynikov, UBS was in New York State Supreme Court filing a civil lawsuit against three former employees, charging them with doing much the same thing the ex-Goldman employee did. The only difference is no criminal charges have been filed against the three former UBS employees.
The UBS lawsuit was first reported in June by Dealbreaker.com, after going unnoticed for several weeks. It’s getting more attention now in the wake of the Goldman case, which has begun to shed light on the importance of so-called high frequency trading strategies to Wall Street firms. In the UBS lawsuit, which is still pending, UBS alleged that Jatin Suryawanashi, Partha Sarkar and Sanjay Girdhar took “source code for UBS’ trade secret algorithmic trading programs.” The Swiss-based investment bank further alleged the ex-employees intended to use the information in their new prop trading jobs at Jefferies & Company.
Ever since news of Aleynikov’s arrest broke on July 4th weekend, there have been serious questions about whether federal prosecutors reacted so swiftly only because the alleged victim was Goldman. The absence of any criminal charges against the former UBS employees only adds to the suspicion that Aleynikov is getting disparate treatment. To be sure, every case is different. And there may be facts in the UBS incident that render it a purely civil matter. In fact, the former UBS employees are trying to force the dispute out of state court and into arbitration, claiming it stems from an employment issue. The ex-UBS employees, like Aleynikov, deny doing anything wrong.
If you recall, at Aleynikov’s bail hearing, his attorney suggested that offense he was charged with was really more of a civil matter than a criminal one. Obviously, federal prosecutors disagreed. But Aleynikov is due back in court on Aug. 3–the deadline for prosecutors to indict him. It will be interesting to see what happens on that day, especially if the matter with the UBS three remains a civil case."
- http://blogs.reuters.com/commentaries/2009/07/24/dont-mess-with-goldman/

Don't mess with the Golden Pig of Wall Street? There should be an army of SEC investigators, FBI agents and Federal Marshalls swarming all over their pig sty, followed by renditioning them to, oh, maybe Egypt, for a little bit of "intensive interrogation..."
Posted by CoyotePrime at 8:15 AM