"The Paradox of Loyalty"

"The Paradox of Loyalty"
"In the wake of the Iraq invasion, many U.S. citizens who disagreed with the Bush Administration's decision detached themselves from politics. On the other hand, a surprising number of people became more patriotic in spite of their objections. Why would disappointment in one's country inspire increased loyalty? Doesn't it seem more natural to disavow the country as a protest? 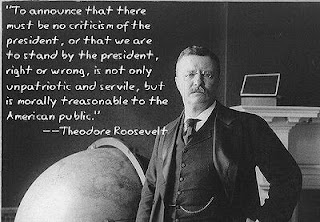 Psychologists have been studying the interplay of social injustice, righteous anger and group allegiance, and it appears that loyalists are not simply apologists for anything and everything the group stands for. In fact, loyalty may be a predictable step toward taking a firm and principled stand.
New York University psychologists Heather Barry and Tom Tyler studied this phenomenon, focusing on students' loyalty to their university. In one study, for example, they used an elaborate procedure to measure the strength of students' group commitment—that is, how important the university was to the individual students' sense of identity. Once the students were sorted out according to their group allegiances, they were all asked to review the university's grievance procedures. In actuality, some participants read procedures that seemed just and fair, while others read a version that clearly disrespected students' rights. Then, the researchers asked the students a series of questions about their willingness to serve their schools and fellow students in selfless ways: Would they tutor another student if asked? Would they help a professor with some photocopying?
As reported in a recent issue of "Psychological Science," a journal of the Association for Psychological Science, the students who were the most devoted to their school to begin with were also the most cooperative and helpful when forced to confront the school's failings. That is, those truest to their group redoubled their sense of service and commitment when faced with injustice. These results were immediate and short-term. That is, while some students stayed to help strengthen the group and correct its course, their commitment was unlikely to last for long.
It seems, then, that if confronted with continued evidence of unfairness and injustice, people will stop compensating for the group's shortcomings and leave. What is unclear is how long this will take or how unjust a group must be before it squanders its members' loyalty."
Author Contact: Heather Barry heather.barry@nyu.edu
Wray Herbert discusses this study in his blog: http://www.psychologicalscience.org/onlyhuman)
- http://www.eurekalert.org/pub_releases/2009-07/afps-tpo072309.php
"Which is the Greater Trait? Loyalty or Honesty?"
"It doesn't take most people too long to realise you can be loyal without being honest. Yet history is rife with examples of people who were loyal when, honestly, they knew better. The most sensational example of this is, of course, the Nazis, but the concept hits a little closer to home than that.
Loyalty will always be valued over honesty by those in a position of authority (be it political, religious, secular businesses or social groups) simply because no one wants to be told they're wrong. We instinctively and inherently resent honest notions that force us to justify ourselves. And so, our natural sense of values are topsy-turvy. Someone that's loyal is seen as more valuable, more of a team player, more of an asset. While someone that's honest is difficult, a trouble-maker.
Reality, of course, is just the opposite. The seemingly loyal devotee isn't at all loyal. They're dishonest. While the honest devotee is loyal to principle before position. If you find yourself in a position where you are challenged to be either loyal or honest, choose the tougher road less travelled and be honest..."
- Little Bear, http://onyxstone.blogspot.com/2007/08/loyalty-or-honesty.html
Posted by CoyotePrime at 1:59 PM