What Is the FBI's "Going Dark" Program? "Project Vennlig?" 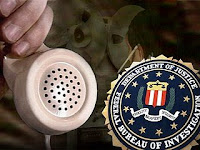 "The release of the 2010 budget request has shed more light on some FBI surveillance programs the bureau is currently developing and testing. While the FBI has been criticized at times for its slow reforms after the 9/11 attacks, which revealed the FBI did not have adequate computer resources, some of the new programs sound like something out of a high-tech cloak and dagger film. The budget request shows that the FBI is currently developing a new "Advanced Electronic Surveillance" program which is being funded at $233.9 million for 2010. The program has 133 employees, 15 of whom are agents.
According to the budget documents released Thursday, the program, otherwise known as "Going Dark," supports the FBI's electronic surveillance intelligence collection and evidence gathering capabilities, as well as those of the greater Intelligence Community. The term 'Going Dark' does not refer to a specific capability, but is a program name for the part of the FBI, Operational Technology Division's (OTD) lawful interception program which is shared with other law enforcement agencies," an FBI spokesman said. "The term applies to the research and development of new tools, technical support and training initiatives."
According to FBI officials, the program is designed to help the agency deal with changing technology and ways to intercept phone calls such as those used by VOIP (Voice Over Internet Protocol) phones or technology such as Skype. The program is also conducting research on ways to conduct automated analysis to look for links between subjects of surveillance and other investigative suspects.
Asked about the program, Jim Dempsey with the Center for Democracy and Technology said, the "FBI has long been conducting research on new communications technologies. They complain about the difficulty of intercepting new technologies - especially when they want weaker legal standards or more money - but I think they have done a very good job of keeping up." Like the National Security Agency, he continued, "their biggest challenge is not collection - it is analysis - they are drowning in data." Dempsey also said, "It is appropriate for the FBI to develop more and more powerful interception tools, but the privacy laws that are supposed to guide and limit the use of those tools have not kept pace."
Another high-tech program includes the development of the Biometric Technology Center, a joint Justice, FBI and DoD program. Building the center will cost $97.6 million and will serve as a research and development center for biometric technology. Last year, the FBI announced it would partner with the University of West Virginia to establish the center. Eventually, the Biometric project will be a vast database of personal data including fingerprints, iris scans and DNA which the FBI calls the Next Generation Identification (NGI). The FBI has awarded the NGI contract to Lockheed Martin to update and maintain the database which is expected to come online in 2010. After being fully deployed the NGI contract could cost up to $1 billion.*
DOJ's budget request also mentions an INTERPOL program called "Project Vennlig," which is a terrorist information sharing program run by the international anti-crime organization. The Defense Department initiated the program to obtain criminal information about insurgents killed or captured in Iraq. The DOJ budget request notes the program gathers information from insurgents' cell phones and documents found in their possession: "The purpose of the initiative is to obtain and integrate collected information for the use of INTERPOL member countries and U.S. law enforcement agencies in proactively targeting terrorism."
- http://earthhopenetwork.net/forum/showthread.php?tid=2356

* Why shouldn't you, Good Citizen,
whose tax dollars pay for all these toys, be aware of what you're buying?
That $1 billion dollars would feed a lot of homeless, hungry American children...
Posted by CoyotePrime at 3:07 PM