Astrophysics: "Ripples in the Fabric of Space and Time" 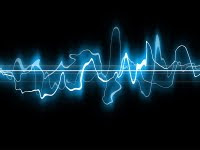 "A significant advance in our understanding of the early evolution of the universe has been achieved by a team of scientists associated with the LIGO (Laser Interferometer Gravitational-Wave Observatory) Scientific Collaboration and the Virgo Collaboration. The team's results will appear in the 20 August 2009 issue of the journal "Nature."
The gravitational-wave scientists, including Lee Samuel Finn, a Penn State professor of physics and of astronomy and astrophysics, and Benjamin Owen, a Penn State professor of physics, have put new constraints on the details of how the universe looked in its earliest moments. Analysis of the team's data, taken over a two-year period from 2005 to 2007, has set the most stringent limits yet on the amount of gravitational waves that could have come from the Big Bang.
"Our results are a major step toward the detection of primordial gravitational waves - ripples in the fabric of space and time - that were created as the universe expanded in its earliest moments," said Finn, who has been a member of the LIGO Scientific Collaboration since its inception. "This type of information would provide vital clues to understanding how the structure of the universe evolved. For example, why is our universe clumped into galaxies? This information also would tell us whether some of the fantastical proposals are correct about the way our universe came to be."
The Big Bang is believed to have created a flood of gravitational waves that still fill the universe and carry information about the universe as it existed immediately after the Big Bang. These waves would be observed as the "stochastic background," analogous to a superposition of many waves of different sizes and directions on the surface of a pond. The amplitude of this background is directly related to the parameters that govern the behavior of the universe during the first minute after the Big Bang.
According to Finn, "Space-time is the living stage upon which the drama of the universe plays out. The primordial stochastic gravitational waves are the warps, twists, and bends in space-time that were laid down as the universe expanded from its earliest moments to the present. The observations we report in this paper are the closest direct examination of the framework of the living, breathing universe." The research also constrains models of cosmic strings, objects that are proposed to have been left over from the beginning of the universe and subsequently stretched to enormous lengths by the universe's expansion. The strings, some cosmologists say, can form loops that produce gravitational waves as they oscillate, decay, and eventually disappear.
Gravitational waves carry with them information about their violent origins and about the nature of gravity that cannot be obtained by conventional astronomical tools. The existence of the waves was predicted by Albert Einstein in 1916 in his general theory of relativity. Evidence for the existence of these waves was first reported in the journal "Nature" by J.H Taylor, L.A Fowler, and P.M. McCulloch in 1979. The LIGO instrument has been actively searching for the waves since 2002; the Virgo interferometer joined the search in 2007.
The authors of the new paper report that the stochastic background of gravitational waves has not yet been discovered. But the nondiscovery of the background described in the "Nature" paper already offers its own brand of insight into the universe's earliest history. The analysis used data collected from the LIGO interferometers, a 2-km and a 4-km detector in Hanford, Washington, and a 4-km instrument in Livingston, Louisiana. Each of the L-shaped interferometers uses a laser split into two beams that travel back and forth down long interferometer arms. The two beams are used to monitor the difference between the two arm lengths of the interferometer. According to the general theory of relativity, one interferometer arm is slightly stretched while the other is slightly compressed when a gravitational wave passes by. The interferometer is constructed in such a way that it can detect a change of less than a thousandth the diameter of an atomic nucleus in the lengths of the arms relative to each other.
"Gravitational waves are the only way to directly probe the universe at the moment of its birth; they're absolutely unique in that regard," said David Reitze, a professor of physics at the University of Florida and spokesperson for the LIGO Scientific Collaboration. "We simply can't get this information from any other type of astronomy. This is what makes this result in particular, and gravitational-wave astronomy in general, so exciting."
According to Francesco Fidecaro, a professor of physics with the University of Pisa and the Istituto Nazionale di Fisica Nucleare, and spokesperson for the Virgo Collaboration, "The scientists of the LIGO Scientific Collaboration and the Virgo Collaboration have joined their efforts to make the best use of their instruments. Combining simultaneous data from the LIGO and Virgo interferometers gives information on gravitational-wave sources not accessible by other means. It is very suggestive that the first result of this alliance makes use of the unique feature of gravitational waves being able to probe the very early universe. This is very promising for the future," he said.
Maria Alessandra Papa, senior scientist at the Max Planck Institute for Gravitational Physics and the head of the project's overall data analysis effort added, "Hundreds of scientists work very hard to produce fundamental results like this one: the instrument scientists who design, commission and operate the detectors, the teams who prepare the data for the astrophysical searches, and the data analysts who develop and implement sensitive techniques to look for these very weak and elusive signals in the data."
The next major milestone for LIGO is the Advanced LIGO Project, slated to begin operation in 2014. Advanced LIGO will incorporate advanced designs and technologies that have been developed by the LIGO Scientific Collaboration. It is supported by the U. S. National Science Foundation, with additional contributions from the United Kingdom's STFC and Germany's Max Planck Society.
- http://www.eurekalert.org/pub_releases/2009-08/ps-mam081909.php
Posted by CoyotePrime at 12:06 PM