"Lessons from Near-Death Experiences"
"Does consciousness reside in the brain?"
by Josh Mitteldorf 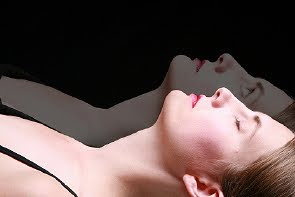 "Dr. Pim van Lommel is a Dutch cardiologist who collected accounts of his patients’ experiences during the time their hearts were stopped and there was no blood flow to their brains. These patients had no detectable electrical activity in their brains. By standard Western theories, their brains were dead, and they could not have had any experiences. Yet some of these people – about one in five – report vivid memories from this time. The patients never report fear, and frequently speak of deep peace and connection, white light at the end of a tunnel, bliss.
From Dr. van Lommel's website:* "Some people who have survived a life-threatening crisis report an extraordinary experience. Near-death experiences (NDE) occur with increasing frequency because of improved survival rates resulting from modern techniques of resuscitation. The content of NDE and the effects on patients seem similar worldwide, across all cultures and times. The subjective nature and absence of a frame of reference for this experience lead to individual, cultural, and religious factors determining the vocabulary used to describe and interpret the experience. NDE can be defined as the reported memory of the whole of impressions during a special state of consciousness, including a number of special elements such as out-of-body experience, pleasant feelings, seeing a tunnel, a light, deceased relatives, or a life review.
Many circumstances are described during which NDE are reported, such as cardiac arrest (clinical death), shock after loss of blood, traumatic brain injury or intra-cerebral haemorrhage, near-drowning or asphyxia, but also in serious diseases not immediately life-threatening. Similar experiences to near-death ones can occur during the terminal phase of illness, and are called deathbed visions. Furthermore, identical experiences, so-called “fear-death” experiences, are mainly reported after situations in which death seemed unavoidable like serious traffic or mountaineering accidents. The NDE is transformational, causing profound changes of life-insight and loss of the fear of death. An NDE seems to be a relatively regularly occurring, and to many physicians an inexplicable phenomenon and hence an ignored result of survival in a critical medical situation."
Conventional medicine would like to explain these stories as hallucinations or fabrications of the brain. But in some cases, people saw and remembered things around them. Here is a story recounted by a coronary care nurse: “During night shift an ambulance brings in a 44-year old cyanotic, comatose man into the coronary care unit. He was found in coma about 30 minutes before in a meadow. When we go to intubate the patient, he turns out to have dentures in his mouth. I remove these upper dentures and put them onto the ‘crash cart.’ After about an hour and a half the patient has sufficient heart rhythm and blood pressure, but he is still ventilated and intubated, and he is still comatose. He is transferred to the intensive care unit to continue the necessary artificial respiration. Only after more than a week do I meet again with the patient, who is by now back on the cardiac ward. The moment he sees me he says: ‘O, that nurse knows where my dentures are.’ I am very surprised. Then he elucidates: ‘You were there when I was brought into hospital and you took my dentures out of my mouth and put them onto that cart, it had all these bottles on it and there was this sliding drawer underneath, and there you put my teeth.’ I was especially amazed because I remembered this happening while the man was in deep coma and in the process of CPR. It appeared that the man had seen himself lying in bed, that he had perceived from above how nurses and doctors had been busy with the CPR. He was also able to describe correctly and in detail the small room in which he had been resuscitated as well as the appearance of those present like myself. He is deeply impressed by his experience and says he is no longer afraid of death.”
Following up after such events, Van Lommel finds that typically those who have such experiences report that their lives are altered in three ways: A new perspective on their lives. Enhanced intuitions, telepathic abilities. Loss of the fear of death."
- Josh Mitteldorf, http://mysite.verizon.net/mitteldorf/Inspiration/in0804xx.htm
* Toward the Light, http://www.towardthelight.org/neardeathstudies/pimvanlommelarticles.html
Home page of the Intl. Assoc. for Near-Death Studies http://www.iands.org/
A personal account: http://www.loveforlife.com.au/node/6221
Posted by CoyotePrime at 10:04 PM