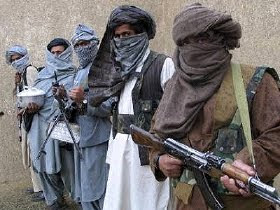 "500,000 TROOPS?!"
by Mac McKinney
"From the Huffington Post:* "Embedded in General Stanley McChrystal's classified assessment of the war in Afghanistan is his conclusion that a successful counterinsurgency strategy will require 500,000 troops over five years. This bombshell was dropped by NBC reporter Andrea Mitchell on MSNBC's Morning Joe on Wednesday: The numbers are really pretty horrifying. What they say, embedded in this report by McChrystal, is they would need 500,000 troops - boots on the ground - and five years to do the job. No one expects that the Afghan Army could step up to that."
This is the potential scenario yawning before us as the cogs and wheels of the Pentagon war machine groan on laboriously, mindlessly trying to replicate the past horror of not only Iraq, but of Vietnam. Who will stop the Black Hole this time from devouring everyone and everything in sight?"
- Mac McKinney, http://www.opednews.com/populum/diarypage.php?did=14409
*http://www.huffingtonpost.com/tom-andrews/classified-mcchrystal-rep_b_298528.html?view=print
Posted by CoyotePrime at 1:41 PM