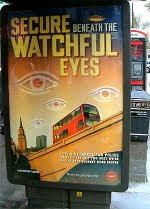 After all, $75 billion buys a lot of silence."
- http://www.sott.net/articles/show/193867-Big-Brother-Fusion-Centers-Part-of-US-
Domestic-Intelligence-and-Surveillance-Apparatus

Don't you feel SO much safer, Good Citizens?
Posted by CoyotePrime at 2:12 PM