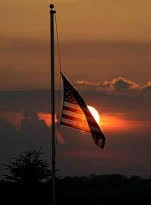 "America Is One Big Clunker,
and No Amount of Cash Will Buy Us a New One"
By James Howard Kunstler
"We continue to be childishly delusional about our dark economic and environmental prospects. Unfortunately, reality isn't amenable to lies and spin. In "The Long Emergency" (2005, Atlantic Monthly Press), I said that we ought to expect the federal government to become increasingly impotent and ineffectual - that this would be a hallmark of the times. In fact, I said that any enterprise organized at the colossal scale would function poorly in years ahead, whether it was a government, a state university, a national chain retail company, or a giant midwestern farm. It is characteristic of the compressive contraction our society faces that giant hypercomplex systems will wobble and fail. We should expect this.

It's tragic that the avatar of hopefulness himself, Barack Obama, stepped into his role at exactly the moment when this set of conditions was getting traction. It is sure to get worse, and there are going to be a lot of disappointed people out there who will be suffering terrible losses and real pain in daily life. Societies don't do well when the public falls into the broad despair that is the opposite of hope. That's when the long knives and the tribal animosities come out and things get smashed.

Within the context of conventional party politics - the kind that has been baseline "normal" in the USA for a long time - we see this playing out in two factions that are increasingly out-of-touch with reality. The Obama government has made itself hostage to a toxic form of pretense and lying. In order to sustain the wish for "hope" - if not hope itself - the President and his White House advisors along with his cabinet appointments, are pretending that the historical forces of compressive contraction are not underway. They're flat-out lying about the employment figures issued in the government's name. They're willfully ignoring the comprehensive bankruptcy gripping government at all levels. They refuse to bring the law to bear against "the malefactors of great wealth." They appear to not understand the epochal energy scarcity problem the whole world faces, or its implications for industrial economies. Most of all, they persist in promoting the lie that this economy can return to the prior state of reckless debt accumulation (a.k.a "consumerism") that has made us so ridiculous and unhealthy.

The trouble with self-delusion, either in a person or a society, is that reality doesn't care what anybody believes, or what story they put out. Reality doesn't "spin." Reality does not have a self-image problem. Reality does not yield its workings to self-esteem management. These days, Americans don't like reality very much because it won't let them push it around. Reality is an implacable force and the only question for human beings in the face of it is: what will you do? In other words, it's not really possible to manage reality, but you can certainly choose to manage your affairs within reality. We won't do that because it's too difficult. This harsh situation leaves the public increasingly with little more than bad feelings of discouragement and persecution. It's astonishing that all the smart people around the president don't get this.

Reality unfolds emergently, and this ought to interest us. For instance, I have maintained for many years that we are approaching the twilight of the automobile age - and the implications of this for daily life in the USA are pretty large. For a long time, I had assumed that this change of circumstances would proceed from our problems with the oil supply. But reality is sly. It has thrown two new plot twists into the story lately. America's romance with cars may not founder just on the fuel supply question. It now appears that our problems with capital are so severe that far fewer people will be able to borrow money from banks to buy cars at the rate, and in the way, that the system has been organized to depend on. Our problems with capital are also depriving us of the ability to pay to fix the hypercomplex system of county roads, interstate highways, and even city streets that make motoring possible. What will we do?

For now, a cashless government gives out cash-for-clunkers, which is basically a self-esteem building program designed to make the government feel better about itself because it is ostensibly taking 11-miles-per-gallon cars off the road and replacing them with 27-miles-per-gallon cars, thus forestalling scary problems with climate change. It's dumb of course, but the failure of leadership is comprehensive. Even the elite environmentalists at the Aspen Institute are preoccupied with finding new "green" ways to keep all the cars running. They put zero effort into the idea of walkable communities, or restoring the railroad system, which will be the reality-based remedies for the car-dependency problem.

The Republican right wing is, if anything, even more childishly delusional. For Glenn Beck and Sarah Palin it comes down to "drill, baby, drill." They know nothing about the geology of oil - they don't even believe that the earth is more than six-thousand years old, meaning they don't believe in geology, period - but they are inflamed with the faith of eight-year-old children that we must have a lot more oil in the ground because this is America and God loves us more than people in other parts of the planet so it must be there. As their disappointment mounts, their childish ideas will turn cruel and sadistic. They'll seek to punish anybody who believes that the earth is more than six thousand years old. The catch is, if they get into power in the election cycles ahead, they'll be impotent and ineffectual even at persecuting their enemies.

In the meantime, American life will just wind down, no matter what we believe. It won't wind down to a complete stop. Its near-term destination is to lower levels of complexity and scale than what we've been used to for a long time. People will be able to drive fewer cars, fewer miles. The roads will get worse. They'll be worse in some places than others. There will be fewer jobs to go to and fewer things sold. People who live in communities scaled to the energy and capital realities of the years ahead are liable to be more comfortable. We're surely going to have trouble with money. Households will drown in debt and lose all their savings. Money could be scarce or worthless. Credit will be scarcer.

Both factions of American political life indulge in the fiction of control. History is reality's big brother. It is taking us someplace that we don't want to go, so it will probably have to drag us there kicking and screaming. For starters, both reality and history will probably take us out to some woodshed of the national soul and beat the crap out of us. That could be a salutary thing, since the crap consists of all the lies we tell ourselves. Once we're rid of all that, we may rediscover a few things left inside our collective identity that are worth regarding with real self-respect."
- http://www.alternet.org/environment/143969/america_is_one_big_clunker_and_
no_amount_of_cash_will_buy_us_a_new_one?page=1
Posted by CoyotePrime at 1:43 PM