"Guilty by Mind Scan? Brain Fingerprinting? What is NeuroLaw?" 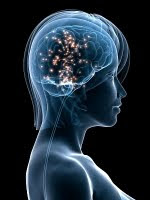 "Guilty by Mind Scan? Brain Fingerprinting?
What is NeuroLaw?"
by ScienceDaily Staff
"What if a jury could decide a man's guilt through mind reading? What if reading a defendant's memory could betray their guilt? And what constitutes 'intent' to commit murder? These are just some of the issues debated and reviewed in the inaugural issue of "WIREs Cognitive Science," the latest interdisciplinary project from Wiley-Blackwell, which for registered institutions will be free for the first two years.

In the article "Neurolaw," in the inaugural issue of WIREs Cognitive Science, co-authors Walter Sinnott-Armstrong and Annabelle Belcher assess the potential for the latest cognitive science research to revolutionize the legal system.

Neurolaw, also known as legal neuroscience, builds upon the research of cognitive, psychological, and social neuroscience by considering the implications for these disciplines within a legal framework. Each of these disciplinary collaborations has been ground-breaking in increasing our knowledge of the way the human brain operates, and now neurolaw continues this trend.

One of the most controversial ways neuroscience is being used in the courtroom is through 'mind reading' and the detection of mental states. While only courts in New Mexico currently permit traditional lie detector, or polygraph, tests there are a number of companies claiming to have used neuroscience methods to detect lies. Some of these methods involve electroencephalography (EEG), whereby brain activity is measured through small electrodes placed on the scalp. This widely accepted method of measuring brain electrical potentials has already been used in two forensic techniques which have appeared in US courtrooms: brain fingerprinting and brain electrical oscillations signature (BEOS).

Brain fingerprinting purportedly tests for 'guilty knowledge,' or memory of a kind that only a guilty person could have. Other forms of guilt detection, using functional magnetic resonance imaging (fMRI), are based on the assumption that lying and truth-telling are associated with distinctive activity in different areas of the brain. These and other potential forms of 'mind reading' are still in development but may have far-reaching implications for court cases.

"Some proponents of neurolaw think that neuroscience will soon be used widely throughout the legal system and that it is bound to produce profound changes in both substantive and procedural law," conclude the authors. "Other leaders in neurolaw employ a less sanguine tone, urging caution so as to prevent misuses and abuses of neuroscience within courts, legislatures, prisons, and other parts of the legal system. Either way we need to be ready to prevent misuses and encourage legitimate applications of neuroscience and the only way to achieve these goals is for neuroscientists and lawyers to work together in the field of neurolaw."

Posted by CoyotePrime at 2:30 PM