"Social Security: All Aboard!" 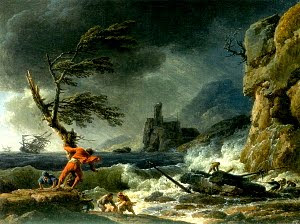 "Social Security: All Aboard!"
by Joel Bowman
"For the better part of the last century, the United States led the industrialized nations through an unparalleled period of growth. These days, the only things in the developed world growing with any certainty are bureaucracies and the debts and deficits they invariably inflict upon those they were elected to serve. After fifty years of credit expansion, the era of first world dominance is drawing to its climactic finale. And, as the characters turn and the plot twists, it is those in the developing nations who have some of the best seats in the house.

Let’s peruse the program… According to a report from the Congressional Budget Office released this week, Social Security will pay out more in benefits this year than it receives in payroll taxes. Last year’s annual Social Security report projected revenue would more than cover payouts until at least 2016. The shortfall, this year, will be in the realm of $29 billion.

Unsurprisingly, economists expected a quicker, more robust recovery from the 2007-08 crisis, with unemployment to average just 8.2% last year, eventually rising to 8.8% in 2010. As one in ten working age Americans now know, those figures were far too optimistic. Official unemployment is now near 10% and, as we mentioned earlier in the week, the “U6” metric, which includes “discouraged” and “marginally attached” workers, is currently north of 17%. As always, it is difficult to overstate the magnitude of the feds’ forecasting ineptitude.

Nevertheless, Stephen C. Goss, chief actuary of the Social Security Administration, expects we’ll again see small surpluses in the safety net…but not until at least 2014…and only then on the provision that the economy recovers briskly from here on out. But even if such a recovery were to magically materialize, Social Security still faces some insurmountable problems. Over the long haul, the scheme is nothing short of a ticking time bomb, with more and more retirees coming to depend on fewer and fewer taxpayers entering the work force.

As The New York Times reports: “Demographic forces are expected to overtake the fund, as more and more baby boomers leave the work force, stop paying into the program and start collecting their benefits. At that point, outlays will exceed revenue every year, no matter how well the economy performs.” Taken alone, the impending implosion of the Social Security Ponzi scheme is bad enough. Coupled with a few other prevailing economic headwinds of the day, it makes for a rather large iceberg in a very narrow pass. Perusing the news just this week, we came across the following data points of interest:

Figures from the United States Department of Commerce showed that, during the month of February, new home sales decreased 2.2% to an annual pace of 308,000 – a record low. Still on the housing front, the Office of the Comptroller of the Currency revealed Friday that more than half (51.5%) of delinquent borrowers who’ve received loan modifications defaulted again after nine months. Why are they defaulting, you ask?

Figures from that same department made official what any person living above ground for the past year already knew – that personal income in 42 US states fell in 2009. Nevada and Wyoming were the worst hit, down 4.8% and 3.9% respectively. The District of Columbia, of course, snared a nice little gain.

Ever on the case when it comes to spending other people’s money (after they’ve secured their own marbled cut), Washington proposed allowing borrowers who’ve lost their jobs to make substantially reduced repayments – or in some cases, no payments at all – for up to six months. TARP – read: you – will help cover those costs. Still trying to plug the gap between the government’s champagne taste and its malt liquor budget, the Treasury auctioned $74 billion in 5- and 7-year notes this week. Demand was flaccid, pushing the yield on the 10-year note up to 3.9%, it’s highest since June. Think that’s bad? Wait until they push another $1.6 trillion through this year…IN ADDITION to the debt that already needs to be rolled over.

Ah yes…we almost forgot: The Federal Government – the same Federal Government that carries around $100 trillion in unfunded liabilities for its existing welfare promises – pushed a $1 trillion healthcare bill through the House, adding the care of 35 million people to its books.

Slowly, the tides of economic fortune are turning. During the fifty-year post-war credit flood, developing nations got busy building ships. The developed world simply looked on, laughing as they filled their own vessels with junk they couldn’t afford. A lot of good it will be at the bottom of the ocean."
- http://dailyreckoning.com/all-aboard/
Posted by CoyotePrime at 10:04 AM