Psychology: "Seeing is Believing: The Power of Visualization" 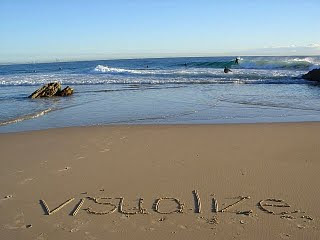 "Seeing is Believing: The Power of Visualization"
by Angie LeVan

"Despite the great case for getting off our duffs, there are some amazingly cool and effective practices we can do from the comfort of our own recliners – without even budging a finger. For instance, you could practice your golf swing, work out your muscles, prepare to climb Mount Kilimanjaro, hone your chess skills, practice for tomorrow’s surgery, and you can even prepare for your best life!

Mental practice can get you closer to where you want to be in life, and it can prepare you for success! For instance, Natan Sharansky, a computer specialist who spent 9 years in prison in the USSR after being accused of spying for US has a lot of experience with mental practices. While in solitary confinement, he played himself in mental chess, saying: “I might as well use the opportunity to become the world champion!” Remarkably, in 1996, Sharansky beat world champion chess player Garry Kasparov!

A study looking at brain patterns in weightlifters found that the patterns activated when a weightlifter lifted hundreds of pounds were similarly activated when they only imagined lifting. In some cases, research has revealed that mental practices are almost effective as true physical practice, and that doing both is more effective than either alone. For instance, in his study on everyday people, Guang Yue, an exercise psychologist from Cleveland Clinic Foundation in Ohio, compared “people who went to the gym with people who carried out virtual workouts in their heads”. He found that a 30% muscle increase in the group who went to the gym. However, the group of participants who conducted mental exercises of the weight training increased muscle strength by almost half as much (13.5%). This average remained for 3 months following the mental training.

Noted as one form of mental rehearsal, visualization has been popular since the Soviets started using it back in the 1970s to compete in sports. Now, many athletes employ this technique, including Tiger Woods who has been using it since his pre-teen years. Seasoned athletes use vivid, highly detailed internal images and run-throughs of the entire performance, engaging all their senses in their mental rehearsal, and they combine their knowledge of the sports venue with mental rehearsal. World Champion Golfer, Jack Nicklaus has said: “I never hit a shot, not even in practice, without having a very sharp in-focus picture of it in my head”. Even heavyweight champion, Muhammad Ali, used different mental practices to enhance his performance in the ring such as: “affirmation; visualization; mental rehearsal; self-confirmation; and perhaps the most powerful epigram of personal worth ever uttered: “I am the greatest””.

Brain studies now reveal that thoughts produce the same mental instructions as actions. Mental imagery impacts many cognitive processes in the brain: motor control, attention, perception, planning, and memory. So the brain is getting trained for actual performance during visualization. It’s been found that mental practices can enhance motivation, increase confidence and self-efficacy, improve motor performance, prime your brain for success, and increase states of flow – all relevant to achieving your best life!

For someone like Matthew Nagle who is paralyzed in all four limbs, mental practices have transformed his entire way of life. Matthew had a silicone chip implanted in brain. Astonishingly, after just 4 days of mental practice, he could: move a computer cursor on a screen, open email, play a computer game, and control robotic arm. While our circumstances may be less stringent than Matthew’s, it’s quite obvious that every person can benefit from mental practices.

So, if athletes and chess players use this technique to enhance performance, how can it enhance the lives of the ‘average joe’? First, study results highlight the strength of the mind-body connection, or in other words the link between thoughts and behaviors – a very important connection for achieving your best life. While your future may not include achieving a great physique or becoming the heavy-weight champ or winning the Masters Tournament, mental practice has a lot to offer you. Try it now!

Begin by establishing a highly specific goal. Imagine the future; you have already achieved your goal. Hold a mental ‘picture’ of it as if it were occurring to you right at that moment. Imagine the scene in as much detail as possible. Engage as many of the five senses as you can in your visualization. Who are you with? Which emotions are you feeling right now? What are you wearing? Is there a smell in the air? What do you hear? What is your environment? Sit with a straight spine when you do this. Practice at night or in the morning (just before/after sleep). Eliminate any doubts, if they come to you. Repeat this practice often. Combine with meditation or an affirmation (e.g. “I am courageous; I am strong”, or to borrow from Ali, “I am the greatest!”).
- http://www.psychologytoday.com/
•••
Angie LeVan is a resilience coach who helps clients thrive through adversity
and toward goal accomplishment! Learn more at www.inthriving.com.
Posted by CoyotePrime at 4:05 PM