Climatology: "Cassandra Says It's Going to Get Very Cold" 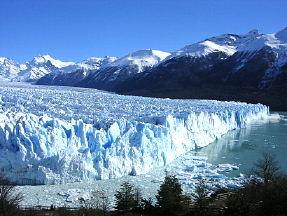 "Cassandra Says It's Going to Get Very Cold"
by Alan Caruba
"In the Greek myth about Cassandra, she could foresee the future, but no one believed her warnings. Her name is believed to be derived from the words for beauty and the sun. Any number of solar scientists and others are warning that the Earth is on the brink of a new Ice Age at worst, a mini ice age at best. Dr. Achim Brauer of the German Research Center for Geosciences in Potsdam has concluded that the next Ice Age will come on so swiftly that in barely a year much of the northern hemisphere will be encased in ice and snow. The Little Ice Age from around 1300 to 1850 lasted long enough to transform European society and have a profound affect on the histories of America and France. In England, they went from growing grapes to skating on a completely frozen Thames.

All the signs are in place and throughout the northern hemisphere nations, their leaders prattle on about global warming, clean energy, endangered species, and all the other environmental foolishness without once casting an eye toward the source of all climate on Earth, the Sun! While the warmists were trying to stir up hysteria over an Earth whose temperature was suppose to rise dramatically, Nature had other plans. For the past decade the magnetic field that triggers sunspots, magnetic storms on the face of the Sun, has been steadily declining and, with it, so has the overall temperature of planet Earth.

No matter what august figure blathers about climate change these days, they are either an ignorant fool or a charlatan seeking to enrich himself by one scheme or another. The situation for the warmists has become so dire that even the science advisor to the President, Dr. John Holdren, wants to change the terminology of global warming to "global climate disruption", admitting the former is "a dangerous misnomer." It's worse than that. It is a huge fraud, a hoax, a crime intended to deceive millions.

Okay, let's all forget the millions of words and millions of dollars spent to convince us that "global warming" was such a sure thing that any scientist or reasonably intelligent person disputing it was labeled a denier, but the truth was that the data generated by the computer models to justify the claim was rigged!

My friend, Robert Felix, author of "Not by Fire, but by Ice", and editor of IceAgeNow.com, probably knows more about ice ages than anyone on the planet. In his book, he says "Ice ages begin and end abruptly every 11,500 years." Guess what? We are now 11,500 years since the last Ice Age ended! While idiots run about claiming that humans actually have any affect whatever on the climate and thus the fate of the Earth, Felix reminds us that "the Earth is a violent and dangerous place to live. We're beginning to realize that mass extinctions have been the rule, rather than the exception, for the 3.5 billion years that life has existed on this planet."

On June 14 in an article published in the "New Scientist" by Stuart Clark, he raised the question of why and where the sunspots of gone. Noting that they ebb and flow in cycles lasting about eleven years, Stuart said, "But for the last two years, the sunspots have mostly been missing. Their absence, the most prolonged in nearly 100 years, has taken even seasoned sun watchers by surprise." Not everyone, though. Felix believes we are on the cusp of the next Ice Age and, frankly, so do I. "This is not the calm before the storm," says Felix. "This is the storm."

If we're lucky, it may just be a new Little Ice Age, but it could be a new Ice Age and, if that's the case, a lot of life on planet Earth is going to be severely disrupted for a very long, long time. Even a brief ice age of several hundred years will increase the demand for the generation of energy to keep us warm. All of a sudden everyone including the environmentalists will be crying out for more coal, more oil, and more natural gas. Cassandra is saying bundle up!"
- http://www.sott.net/articles/show/215528-Cassandra-Says-It-Will-Get-Very-Cold
http://www.sott.net/articles/show/215479
Posted by CoyotePrime at 12:59 PM