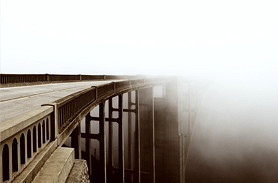 "2011: Prospects for Humanity?"
by Francis Boyle
"During the 1950s I grew up in a family who rooted for the success of African Americans in their just struggle for civil rights and full legal equality. Then in 1962 it was the terror of my own personal imminent nuclear annihilation during the Cuban Missile Crisis that first sparked my interest in studying international relations and U.S. foreign policy as a young boy of 12: "I can do a better job than this!"

With the escalation of the Vietnam War in 1964 and the military draft staring me right in the face, I undertook a detailed examination of it. Eventually I concluded that unlike World War II when my Father had fought and defeated the Japanese Imperial Army as a young Marine in the Pacific, this new war was illegal, immoral, unethical, and the United States was bound to lose it. America was just picking up where France had left off at Dien Bien Phu. So I resolved to do what little I could to oppose the Vietnam War.

In 1965 President Lyndon Johnson gratuitously invaded the Dominican Republic, which prompted me to commence a detailed examination of U.S. military interventions into Latin America from the Spanish-American War of 1898 up to President Franklin Roosevelt's so-called "good neighbor" policy. At the end of this study, I concluded that the Vietnam War was not episodic, but rather systemic: Aggression, warfare, bloodshed, and violence were just the way the United States Power Elite had historically conducted their business around the world. Hence, as I saw it as a young man of 17, there would be more Vietnams in the future and perhaps someday I could do something about it as well as about promoting civil rights for African Americans. These twins concerns of my youth would gradually ripen into a career devoted to international law and human rights.

So I commenced my formal study of International Relations with the late, great Hans Morgenthau in the first week of January 1970 as a 19 year old college sophomore at the University of Chicago by taking his basic introductory course on that subject. At the time, Morgenthau was leading the academic forces of opposition to the detested Vietnam War, which is precisely why I chose to study with him. During ten years of higher education at the University of Chicago and Harvard, I refused to study with openly pro-Vietnam-War professors as a matter of principle and also on the quite pragmatic ground that they had nothing to teach me.

Historically, this latest eruption of American militarism at the start of the 21st Century is akin to that of America opening the 20th Century by means of the U.S.-instigated Spanish-American War in 1898. Then the Republican administration of President William McKinley stole their colonial empire from Spain in Cuba, Puerto Rico, Guam, and the Philippines; inflicted a near genocidal war against the Filipino people; while at the same time illegally annexing the Kingdom of Hawaii and subjecting the Native Hawaiian people (who call themselves the Kanaka Maoli) to near genocidal conditions. Additionally, McKinley's military and colonial expansion into the Pacific was also designed to secure America's economic exploitation of China pursuant to the euphemistic rubric of the "open door" policy. But over the next four decades America's aggressive presence, policies, and practices in the "Pacific" would ineluctably pave the way for Japan's attack at Pearl Harbor on Dec. 7, 194l, and thus America's precipitation into the ongoing Second World War. Today a century later the serial imperial aggressions launched and menaced by the Republican Bush Jr. administration and now the Democratic Obama administration are threatening to set off World War III.

By shamelessly exploiting the terrible tragedy of 11 September 2001, the Bush Jr. administration set forth to steal a hydrocarbon empire from the Muslim states and peoples living in Central Asia and the Persian Gulf under the bogus pretexts of (1) fighting a war against international terrorism; and/or (2) eliminating weapons of mass destruction; and/or (3) the promotion of democracy; and/or (4) self-styled "humanitarian intervention." Only this time the geopolitical stakes are infinitely greater than they were a century ago: control and domination of two-thirds of the world's hydrocarbon resources and thus the very fundament and energizer of the global economic system - oil and gas. The Bush Jr./ Obama administrations have already targeted the remaining hydrocarbon reserves of Africa, Latin America, and Southeast Asia for further conquest or domination, together with the strategic choke-points at sea and on land required for their transportation. In this regard, the Bush Jr. administration announced the establishment of the U.S. Pentagon's Africa Command (AFRICOM) in order to better control, dominate, and exploit both the natural resources and the variegated peoples of the continent of Africa, the very cradle of our human species.

This current bout of U.S. imperialism is what Hans Morgenthau denominated "unlimited imperialism" in his seminal work "Politics Among Nations" (4th ed. 1968, at 52-53): "The outstanding historic examples of unlimited imperialism are the expansionist policies of Alexander the Great, Rome, the Arabs in the seventh and eighth centuries, Napoleon I, and Hitler. They all have in common an urge toward expansion which knows no rational limits, feeds on its own successes and, if not stopped by a superior force, will go on to the confines of the political world. This urge will not be satisfied so long as there remains anywhere a possible object of domination- a politically organized group of men which by its very independence challenges the conqueror's lust for power. It is, as we shall see, exactly the lack of moderation, the aspiration to conquer all that lends itself to conquest, characteristic of unlimited imperialism, which in the past has been the undoing of the imperialistic policies of this kind."
On 10 November 1979 I visited with Hans Morgenthau at his home in Manhattan. It proved to be our last conversation before he died on 19 July 1980. Given his weakened physical but not mental condition and his serious heart problem, at the end of our necessarily abbreviated one-hour meeting I purposefully asked him what he thought about the future of international relations. This revered scholar, whom international relations experts generally consider to be the founder of modern international political science in the post World War II era, responded: "Future, what future? I am extremely pessimistic. In my opinion the world is moving ineluctably towards a third world war - a strategic nuclear war. I do not believe that anything can be done to prevent it. The international system is simply too unstable to survive for long. The SALT II Treaty is important for the present, but over the long haul it cannot stop the momentum. Fortunately, I do not believe that I will live to see that day. But I am afraid you might."

The factual circumstances surrounding the outbreaks of both the First World War and the Second World War currently hover like the Sword of Damocles over the heads of all humanity. It is imperative that we undertake a committed and concerted effort to head-off Hans Morgenthau's final prediction on the cataclysmic demise of the human race."