"Are We Too Dumb for Democracy? The Logic Behind Self-Delusion" 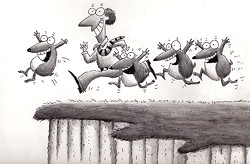 Email ThisBlogThis!Share to TwitterShare to FacebookShare to Pinterest
Labels: self delusion backfire