FREE Download: "Rumi: The Book of Love: Poems of Ecstasy and Longing" 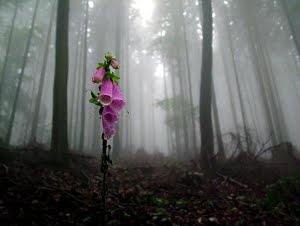 "You were born with potential.
You were born with goodness and trust.
You were born with ideals and dreams.
You were born with greatness.
You were born with wings.
You are not meant for crawling, so don't.
You have wings,
Learn to use them, and fly."
"What in your life is calling you,
When all the noise is silenced,
The meetings adjourned...
The lists laid aside,
And the Wild Iris blooms
By itself in the dark forest...
What still pulls on your soul?"
- Rumi (1207 - 1273)
•
"Jalal al-Din Muhammad Rumi was a 13th century Afghan poet and philosopher who heavily influenced both eastern and western poetry. His poetry is divided into categories: the quatrains and odes of the "Divan," the six books the "Masnavi," the discourses, the letters and the "Six Sermons." Rumi's major poetic work is "Matnawiye Ma'nawi," a six-volume poem, considered by many literary critics to be one of the greatest works of mystical poetry ever written. Rumi's prose works included "Fihi Ma Fihi," "Majalese Sab'a" and "Maktubat." His prose work largely contains sermons and lectures given by Rumi to his disciples and family members. Following Rumi's death, his followers founded the Mevlevi Order, also known as the "Whirling Dervishes."
- http://www.mahalo.com/rumi-quotes
•
FREE download, "Rumi: The Book of Love: Poems of Ecstasy and Longing" is here:
http://www.filesonic.com/
(Free download link is near page center, right side, marked "Slow Download.")
Posted by CoyotePrime at 6:42 PM