The Environment: “If the Sea Is in Trouble, We Are All in Trouble” 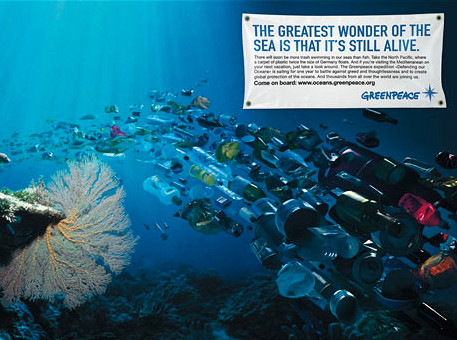 “If the Sea Is in Trouble, We Are All in Trouble”
by Sylvia Earle
“The report that the ocean is in trouble is no surprise. What is shocking is that it has taken so long for us to make the connection between the state of the ocean and everything we care about – the economy, health, security – and the existence of life itself. If the ocean is in trouble – and it is – we are in trouble. Charles Clover pointed this out in “The End of the Line,” and Callum Roberts provided detailed documentation of the collapse of ocean wildlife – and the consequences – in “The Unnatural History of the Sea.” Since the middle of the 20th century, more has been learned about the ocean than during all preceding human history; at the same time, more has been lost. Some 90 per cent of many fish, large and small, have been extracted. Some face extinction owing to the ocean's most voracious predator – us.

We are now appearing to wage war on life in the sea with sonars, spotter aircraft, advanced communications, factory trawlers, thousands of miles of long lines, and global marketing of creatures no one had heard of until recent years. Nothing has prepared sharks, squid, krill and other sea creatures for industrial-scale extraction that destroys entire ecosystems while targeting a few species.

The concept of "peak oil" has penetrated the hearts and minds of people concerned about energy for the future. "Peak fish" occurred around the end of the 1980s. As near-shore areas have been depleted of easy catches, fishing operations have gone deeper, further offshore, using increasingly sophisticated – and environmentally costly – methods of capture. The concern is not loss of fish for people to eat. Rather, the greatest concern about destructive fishing activities of the past century, especially the past several decades, is the dismemberment of the fine-tuned ocean ecosystems that are, in effect, our life-support system.

Photosynthetic organisms in the sea yield most of the oxygen in the atmosphere, take up and store vast amounts of carbon dioxide, shape planetary chemistry, and hold the planet steady. The ocean is a living system that makes our lives possible. Even if you never see the ocean, your life depends on its existence. With every breath you take, every drop of water you drink, you are connected to the sea. I support this report and its calls to stop exploitative fishing – especially in the high seas – map and reduce pollution and reduce greenhouse gas emissions. But I would add three other actions.

First, only 5 per cent of the ocean has been seen, let alone mapped or explored. We know how to exploit the sea. Should we not first go see what is there?

Second, it is critically important to protect large areas of the ocean that remain in good condition – and guard them as if our lives depend on them, because they do. Large marine-protected areas would provide an insurance policy – and data bank – against the large-scale changes now under way, and provide hope for a world that will continue to be hospitable for humankind.

Third, take this report seriously. It should lift people from complacency to positive action – itself cause for hope.”
- http://www.commondreams.org/view/2011/06/25-5
http://www.oceans.greenpeace.org
Posted by CoyotePrime at 2:06 PM

Email ThisBlogThis!Share to TwitterShare to FacebookShare to Pinterest
Labels: sylvia earle the sea