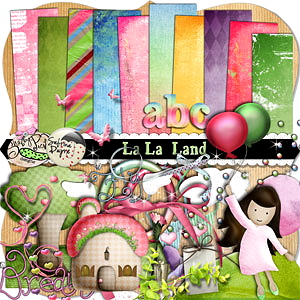 “Are Positive Fantasies Counterproductive?”
by The British Psychological Society
“It's a trusted tool in the self-help armory - visualizing yourself having achieved your goals, be that weighing less, enjoying the view atop Everest, or walking down the aisle with the girl or boy of your dreams. Trouble is, reams of research shows that indulging in positive fantasies actually makes people's fantasized ambitions less likely to become reality. Why? A new study claims it's because positive fantasies are de-energizing. They "make energy seem unnecessary" say Heather Kappes and Gabriele Oettingen. "By allowing people to consummate a desired future", the researchers say, positive fantasies trigger the relaxation that would normally accompany actual achievement, rather than marshaling the energy needed to obtain it.

Finally, Kappes and Oettingen highlighted the role of context, showing that positive fantasies about a pressing need are particularly de-energizing. This elaborate study involved asking student participants to refrain from food and water for several hours, and then having some of them eat crackers (ostensibly as part of a taste test). For these super-thirsty participants it was a positive fantasy about a tall glass of icy water, not a fantasy about exam success, that led them to be de-energized (as indicated by a drop in blood pressure). For participants allowed to have a glass of water, by contrast, it was positive fantasies about exam success, not water, that led to them being de-energized.

So, is there any benefit to positive fantasies? From a survival perspective, if a goal, such as food or water, is unobtainable, there could be some advantage to enjoying a fantasy that switches you into a low-energy mode. Similarly, if a task fills you with dread and your short-term goal is relaxation, then indulging in positive fantasies about desired outcomes could be a way to reduce anxiety.

But ultimately, Happes and Oettingen believe that positive fantasies are likely to scupper your changes of obtaining your goals. "Instead of promoting achievement, positive fantasies will sap job-seekers of the energy to pound the pavement, and drain the lovelorn of the energy to approach the one they like," they write. "Fantasies that are less positive - that question whether an ideal future can be achieved, and that depict obstacles, problems and setbacks - should be more beneficial for mustering the energy needed to obtain success." This study isn't the first to explode the myth of a traditional self-help tool. A 2009 paper found that repeating positive mantras about themselves led people low in self-esteem to feel worse.”
- http://www.sott.net/
•
Reference: Kappes, H., and Oettingen, G. (2011). Positive fantasies about idealized futures sap energy. Journal of Experimental Social Psychology, 47 (4), 719-729 DOI: 10.1016/j.jesp.2011.02.003
Posted by CoyotePrime at 2:29 PM