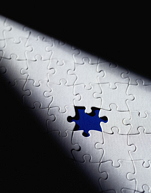 "Dangerous Relationships and 7 Warning Signs I Ignored!"
by Missouri Beauty
"Post psychopathic relationship, I have accumulated a small library in recent months on love, and pathological relationships. As I have a short attention span it seems, I cycle through these books on a regular basis reading various passages that interest me. The most recent book I was reading from last night and this morning was: "Dangerous Relationships: How To Identify And Respond To The Seven Warning Signs Of A Troubled Relationship" by Ph.D. Noelle C. Nelson and Noelle Nelson.

The book seems to focus on violently abusive relationships. I don't know if that would apply to the relationship I had with my psycho ex or not as it was mostly a long distance relationship and I was largely out of harm's way, a real blessing now when I think about it. What makes the book truly educational is that it advises the reader on how to identify and respond to seven warnings signs of a pathological relationship. Dr. Nelson lists in her book the signs that women in new relationships need to be aware of to avoid and prevent permanent emotional damage to themselves by their pathological significant others.

Warning Sign #1: A Whirlwind Beginning. Wow! That is so true! Definitely, it was too much too soon!  When the psychopath latched onto me, it was with a Whirlwind Courtship bullet-train fast vengeance I had never seen nor experienced before. I thought at last I'd found my soul-mate, and hit the love jackpot! How romantic I thought this emotional predator was in his rush for a rapid commitment and intimacy from me!  I was swept off my feet so fast I never knew what hit me with his hot pursuit!  I quickly fell in love and loved him heart and soul.

Warning Sign #2: Possessiveness.  The psychopath needed to know where I was, what I doing.  Told me how I should dress and behave. He told me that he could never support me.   He pressured me to leave my home and family to move in with him, as well as quit my job.  He wept crocodile tears when I told him I'd been diagnosed with cancer and needed surgery. After he finished his show-pony twirling around antics, he looked at me to see how I was taking in his act.  Seeing that I was not impressed (I was puzzled at his over the top histrionics!  Why? I wondered.), the phony "crying jags" immediately ceased and were no more! He announced he'd put me on his life insurance policies, and made his heir to his house if he should die first.  I also was manipulated into putting him on my own insurance policies.  He put me on his checking account as co-owner.  Thankfully, I did not do likewise!

Warning Sign #3: The Switch. Dr. Jekyll became Mr. Hyde more and more often. There would be a Mean cycle, then a Sweet cycle. He'd say something cruel and vicious about me or my family, including my little granddaughters when I least expected it and I would protest things he'd said or written. He was very judgmental and critical toward my family. He offered me gifts, cash, credit cards in his name, and advice.  Wow!  I couldn't believe how kind and generous he could be.  I quickly became emotionally dependent on him.

Warning Sign #4: Blame. No matter what happened in his life - It was always someone else's fault.  He never made any mistakes!  He would never apologize for anything!  He was this wonderful person - a real "Good Guy".  (His favorite persona he loved to milk to the max!).

Warning sign #5: Verbal Abuse. Oh yes! This was a biggie with the psychopath! He became more critical of me and my family. I was confused and baffled. Nothing I did was ever good enough for him. He became angry and impatient with me. I had tons of faults and flaws - while he on the other hand - had none! He was perfect! Soon I was walking on eggshells from temper tantrums he'd have over this or that, usually something I'd said to make conversation.  Funny how I never noticed how BORING and DULL he was! I overlooked a lot in order to keep peace because I loved him so much and wanted to make him happy!

Warning Sign #6:  Insensitivity. For sure this applied to the psychopath. He couldn't have cared less about anyone he'd ever hurt or caused pain. Be it his deceased wife, other lady friends or myself.  He respected no one's feelings. For the psychopath, it was ALWAYS ABOUT HIM and what others could do for him.  ONLY HIS FEELINGS AND NEEDS MATTERED!

Warning Sign #7: Past and Present Violence. In fairness, I never saw or heard of my psychopath exercising violence on another person. In actuality, I think he was just too cowardly, and would be afraid of he himself getting hurt. It was a long distance relationship and I have no way of knowing if he would have turned violent. Nevertheless, abuse tends to escalate over time and become worse so that has to be a red flag to look out for just in case. Cheers!"
- http://soapergirl.blogspot.com/
Posted by CoyotePrime at 3:51 PM

Email ThisBlogThis!Share to TwitterShare to FacebookShare to Pinterest
Labels: psychopaths