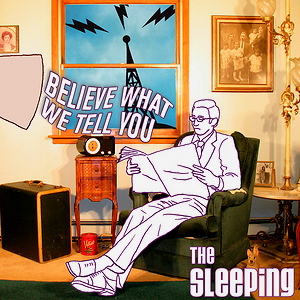 "Dazed Lemmings Can't Bridge The Reality Gap"
by Zen Gardner
"Ever wonder why people can't make the leap to real awareness of what's going on? Why do so few people seem to care about the dangers of the unreported radiation levels and toxic debris washing across the pacific? How is it no one but local residents raise the alarm about the horrific effects of the Gulf oil spill and the poisonous seafood landing on American dinner tables? As the Orwellian American police state sweeps into place, the economy crumbles, and their faultless leader languishes on a Hawaiian beach, Americans are preparing to celebrate their entry into a brave new 2012 with minimal awareness of the true dangers already dissolving their health, wealth and chances for survival in an engineered conflagration of mythic proportions that is already descending on their heads.

As the gap between reality and manipulated public perception grows, it may just be too big a leap for many at this point. Having been dumbed-down and unresponsive for so long, it's too much for them to take in. Sad, but again, that's reality. Hey, why wake up when everything's such a bummer? That's the underlying mentality. The thing is, this is a conditioned response. Overload and recoil. And it's been going on a long, long time.

Why? Like the dumbing down effect of fluoride and chemtrails and adulterated food, it eventually suppresses natural responses. When the real alert presents itself, the subject will not be able to react and protect himself. Why all the dramatic end of the world sci-fi movies? Why the emphasis on violence and horror movies and graphic, destructive wars? Why does the news major on the bad events of the day? Why the combative gladiator sports, emphasis on technology instead of humanity, and mind-numbing crass consumerism and sexualization of society? This is deliberate social engineering, and that's the biggie. It's all engineered..and that's the last thing most people want to realize. And it usually is.

The Power of Cognitive Dissonance: The world has become essentially schizophrenic in outlook. Being told one thing while the exact opposite is happening before their eyes for so long, the "dissonance" created by this conflict causes humanity to shut down. America is the perfect example. Ostensibly fighting for "freedom and liberty" we commit genocide and destroy nation after nation. To protect our liberties the government has overturned the Bill of Rights and made the Constitution a mockery. Yet the populace sits and takes it. Why? Too big of a leap. If it turned out they've been completely conned by a massive manipulated agenda they may just completely break down. And subconsciously the horror of that reality is therefore a "no". Even if it were true they're at the point they'd rather not know.

I'll Take Conscious Reality. "Why all the negativity?" is what you'll hear a lot of the time when you bring these things up. The answer, as David Icke often says, is that ignorance is negative. Truth is empowering, no matter how awful it may be sometimes. And at this point in history the more you learn the more negative it may seem, with the Controllers' agenda in full final-phase swing. But so what. Things haven't changed all that much. The purpose of life is to rediscover who you truly are, and that wonderful awakening makes everything else pale in comparison. Our mission then becomes to inform and empower, share and encourage. The same one it always has been. That it's taking this kind of extreme compression to awaken the slumbering masses is really no surprise, and ultimately a gift from the Universe to help people back into the real world.....that of conscious loving awareness."

"Awaken from slumber, one and all..."
http://beforeitsnews.com/
Posted by CoyotePrime at 5:21 PM