The Economy: "The Great Divide"

"The Great Divide"
by Financial Armageddon
“How many times do you have to get hit over the
head before you figure out who's hitting you?”
– President Harry S. Truman
"Although all of the examples included in the Economic Policy Institute's graphic feature, "11 Telling Charts from 2011," paint a similarly dispiriting picture of our allegedly recovering economy, there are two that seem to sum up the great divide in today's America: the more-than-lucky few, and the many who are basically sh*t-out-of luck:
Wealth: Uneven distribution: Over the last quarter-century, the vast majority (81.7 percent) of increases to wealth have gone to the wealthiest 5 percent, while those in the middle saw declines in their wealth. 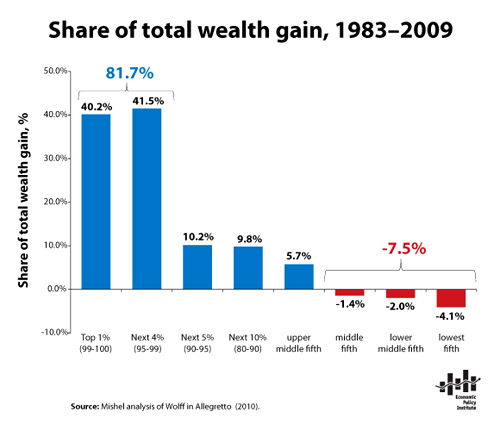 Unemployment: Too few openings: The number of unemployed workers far exceeds job openings across industries. This suggests that the unemployment problem is a result of the recession, and is not due to a mismatch between work skills and employer needs. 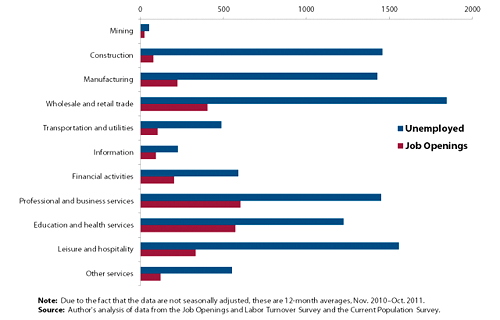 Click here to read the rest."
- http://www.financialarmageddon.com/
Posted by CoyotePrime at 2:54 PM