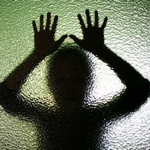 "About thirteen million people suffer from Post Traumatic Stress Disorder. PTSD is a mental and physical health problem that usually includes flashbacks, anxiety, nightmares, depression and other behavioral indicators. Psychosomatic symptoms (physical problems caused by the mind) are also a part of life for most people with PTSD. Victims of child sexual abuse, rape, incest, and trauma - as well as war veterans, commonly suffer from PTSD.

PTSD is often self-treated with drugs or alcohol. People with PTSD have biological changes in addition to multiple psychological problems. Those who suffer with PTSD are greatly affected by depression, fears, and problems with cognition or memory. These difficulties can dramatically affect a person's job, family, and social life. 1

People with PTSD will commonly experience visually invasive images - as opposed to actual thoughts about the trauma. The unwanted memories often contain stimuli that existed just before the trauma occurred. Researchers feel these intrusive images are more of a brain association to an event, when a second or a minute later, the person was in danger. In other words, the images may be of what happened immediately before the trauma. When PTSD is triggered, the brain makes the person feel as if they need to take heed of impending danger. The mind retains a sort of warning signal. Research confirms that this is why a previous victim of trauma experiences a feeling of impending doom, or unknown threat, when these images appear, and even when no understandable danger is present. 2

Most people with PTSD are always on guard. They may feel a need to prepare for an intruder, even when other people in the vicinity feel perfectly safe. People who have repressed memories of abuse (whether or not they have remembered everything yet) commonly experience this need to prepare, or to fight, a phantom attacker.

A large number of those who have little or no memory of their childhood trauma receive body memories instead of disturbing images. These survivors will experience physical symptoms that have no explanation. The sensations often come when the survivor feels subconsciously threatened... but the person often has no conscious idea they are even afraid. For example, they might suddenly have a rapid heart rate for no apparent reason, or abruptly feel an urgent need to clean, or to eat. Other behaviors might include things like obsessively locking doors.

PTSD symptoms can include:
* Recurrent and intrusive recollections of a traumatic event
* Lack of memory for important aspects of a distressing incident
* Feeling estranged from others
* Feeling of having a short life span
* Outbursts of anger
* Irritability
* Hiding from others, avoiding friends, or loss of interest in activities that were previously enjoyed
* Nightmares
* Insomnia
* Exaggerated startle response
* Hypervigilance
* Numbness or diminished emotions
* Dislike of being touched
* Inability to trust
* Control issues
* Abrupt mood swings
* Frequent or uncontrollable crying
* Feeling crazy, or very different from others
* Excessive shyness
* Anxiety
* Phobias
* Abnormal fear of death
* Panic attacks
* Depression
* Swallowing or gagging sensitivity
* Lack of sex drive
* Low self-confidence
* Unreasonable feelings of unworthiness or inferiority
* Poor body image
* Feeling sexually stimulated inappropriately or when there is no conscious reason for it.
* Restless sleep
* Frequent, excessive, unwarranted, washing (especially of the genitals or breasts)
* Obsessed with a need to insure safety of self or loved ones
* Abnormal fear or hatred of men
* Abnormal fear or hatred of women

I am currently working on an article that will reveal how people can heal from PTSD, psychosomatic symptoms, and all the effects of child sexual abuse."
- http://www.sott.net/
•
Sources:
1. National Center for Post Traumatic Stress Disorder
2. The Nature of Intrusive Memories After Trauma: The Warning SignalHypothesis, Ehlers A, Hackmann A, Steil R, Clohessy S, Wenninger K, Winter H Behav Res Ther 2002 Sep; 40(9):995-1002 , Department of Psychology, Institute of Psychiatry, King's College London

Posted by CoyotePrime at 4:03 PM