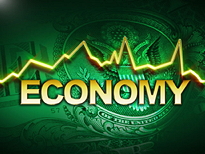 “I'm not proud. Often someone else can say "it" better than I can, and when that happens, I quote them. For example, my old friend, John Embry has this to say:

Embry: "The US government has reached a state where 40 cents of every dollar spent at the federal level is borrowed and a lot of that money has been printed. There has never been a case in history where that hasn't led to financial disaster. If you study any empirical evidence, they're in a hopeless position. They've only been able to get away with it, so far, because the US dollar is the world's reserve currency. If the United States wasn't able to print money and was trapped in the European Union, it would be a massive Spain."

Question: "So John, governments can't inflate away their debts?"

Embry: "Inflation is the easier, more expedient route to take, but I would not rule out an accident. For example, if policy makers push austerity too far, they could trigger a deflationary spiral that would be impossible to reverse. I subscribe to the Austrian theory of economics. In his book, “Human Action”, Ludwig von Mises wrote that there is no way to avoid the collapse of a credit boom- and that more credit expansion simply destroys the currency."
- http://www.321gold.com/editorials/russell/russell072712.html

Posted by CoyotePrime at 3:05 PM