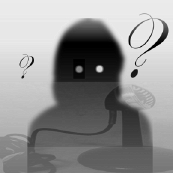 “People's nasty traits have a way of revealing themselves on social networks: in writing. Or rather in how they write. That means an analysis of how someone tweets could reveal whether he or she is narcissistic, Machiavellian, or psychopathic, according to researchers who plan to present their findings at DefCon next week. What are some of the Twitter stylings of these undesirables? Curse words. Angry responses to other people, including swearing and use of the word "hate." Using the word "we." Using periods. Using filler words such as "blah" and "I mean" and "um." (I suspect that an analysis of the Twitter streams of many a blogger would suggest they are potentially a narcissist, a psychopath or an avid reader of "The Prince." Which may well be an accurate assessment.)

"The FBI could use this to flag potential wrongdoers, but I think it's much more compelling for psychologists to use to understand large communities of people," says Chris Sumner of the Online Privacy Foundation, which collaborated with Florida Atlantic University and big-data competition site Kaggle to conduct the study. He imagines the algorithmic models his team developed could be used to compare character traits between different countries based on Twitter. The study came about as a response to a paper published by Cornell researchers last year who had studied the writings of clinical psychopaths and found discernible patterns. "It led to a lot of sensational headlines," says Sumner. "The next obvious stage was the application of the study to people's social media usage."

One of the articles to come out was: "Can twitter help expose psychopath killers' traits?" Sumner wanted to find out whether that was actually a possibility. As you may imagine, based on his organization's name, he's concerned about the intrusion on privacy posed by developments like this and the impact they will have on people's enjoyment of the Internet. Klout, which rates Twitter users' influence, gave rise to Klouchebag, which rates their, um, "klouchiness." This study could theoretically give rise to a "Klychopath" rating. Talking to him, I got the sense that he hoped the study would disprove the usefulness of this type of analysis. But that didn't turn out to be the case.

The research team recruited regular Twitter users to take part in the study. Those efforts were helped by British actor/comedian Stephen Fry and skateboarder Tony Hawk who each tweeted about it, and sent users to BigFive.me, where participants took a personality test which rated them from 1-5 for eight traits, including the "dark triad: psychopathy, narcissism, and Machiavellianism," says Sumner. Over 3,000 users then allowed their public tweets to be downloaded for study - Incentive: one lucky participant won an iPad - and over 2,900 of those were put into a data-set that the Online Privacy Foundation turned over to Kaggle users to work their big data magic on. Of the 2,900, about 41 users were certifiable, i.e., rated high for all of the nasty traits. Everyone else fell in a spectrum. (We all have these traits, to a greater or lesser extent.)

To determine their degree of darkness, participants were asked to say whether they agreed with statements like these:

1. Payback needs to be quick and nasty.
2. I like to pick on losers.

1. I have been compared to famous people.
2. I insist on getting the respect I deserve.

1. You should wait for the right time to get back at people.
2. Most people are suckers.

Before handing the data over to Kaggle - a site where data scientists compete to create predictive models - the researchers translated tweets into 337 data points, which denoted linguistic characteristics, Klout scores, and the frequency of their tweeting, among others. "It's like someone changed the tweets into numbers but we don't know how they did it or even what the numbers represent," says Willie Liao, a Kaggle user who developed one of the winning models.

The Twitter data set was then split in two. With one set, the competing scientists were given the opportunity to reverse engineer the personality assessment. The scientists tried to build a model that correlated the Twitter data with the scores the Twitter users received on the personality tests. Those predictive models were then applied to the second set of users to see which one most accurately predicted the scores the Twitter users had gotten on their tests. "With machine learning you can really increase the odds of making an accurate prediction," says Sumner. "It far exceeded my expectations."

Sumner doesn't like the idea of this technique being used to find and target particular psychopaths on Twitter. There would be the inevitable problem of false positives. As noted above, I'm sure many a commentator on Twitter would be flagged for angry tweets, curse words and period use. "Just because someone scores highly doesn't mean they're criminally minded," says Sumner. "Using this to try to spot someone who's going to commit a crime is going to result in catching people who aren't going to. But in general it's interesting. You can use it to look at large groups of people and ask are we becoming more antisocial?" "We do realize that in the future it might be used," he says, pointing to some programs - not necessarily involving social media - that are already in place to predict crimes, including Florida's use of IBM technology to predict whether juvenile delinquents will offend again. "Our default position is that it's a bad thing."

Part of the inspiration for this study was the flood of research over the last year about the possibility of analyzing people's Facebook activity to see if they would make good employees. "According to one survey, 48% of organizations use social media for pre-screening," says Sumner. "There are so many problems with that: no context, the fact that people behave differently online and offline, differences in generational behavior." Sumner admits though that his study could be applied to employee assessment as well. "If you want a competitive environment, you might want people with high levels of these traits," he opines. (Psychopaths make great CEOS, after all.)

What's the best protection against getting a Klychopath score at some point in the future? "Make your tweets protected," says Sumner, though admitting he wouldn't do that himself as Twitter is a useful broadcasting tool. "Or society has a debate - what are the acceptable uses for this stuff and what's unacceptable?" Sumner is now playfully using that same sensational headline from last year for the DefCon presentation that he and Randall Wald of Florida Atlantic University are giving next Sunday.”
- http://www.mail.sott.net/
Posted by CoyotePrime at 8:24 PM