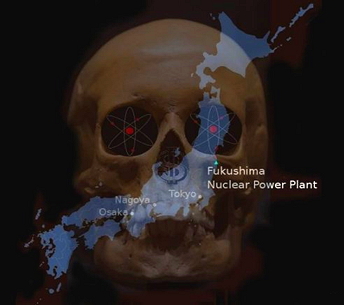 "It’s been nearly 18 months since the disastrous nuclear meltdown at Fukushima. There have been many reports on the huge amounts of radioactivity escaping into the air and water, unusually high levels in air, water, and soil – along with atypically high levels of toxic chemicals in food – that actually “passed” government inspection and wasn’t banned like some other food. Conspicuously absent are reports on effects of radiation exposure on the health of the Japanese people. Have any health officials publicly announced post-March 2011 numbers on fetal deaths, infant deaths, premature births, birth defects, cancer, or other health conditions?  The answer so far is an emphatic “no.”

The prolonged silence doesn’t mean data doesn’t exist. Japanese health officials have been busy with their usual duties of collecting and posting statistics on the Internet for public inspection.  It’s just that they aren’t calling the public’s attention to these numbers.  Thus, it is the public who must find the information and figure out what it means.  After locating web sites, translating from Japanese, adding data for each of 12 months, and making some calculations, mortality trends in Japan after Fukushima are emerging.

The Japanese government health ministry has posted monthly estimated deaths for the 12 months before and after Fukushima, for the entire nation of Japan. These are preliminary figures, but they have historically been very good estimates of final numbers.  A further look is in order. Total deaths increased 4.8%, compared to the normal 1.5% annual rise. Since about 1.2 million Japanese people die each year, this computes to an excess of 57,900 deaths. The rise in deaths from accidents is given as 19,200, close to estimates of those killed directly by the earthquake and tsunami.  But this still leaves an excess of 38,700 Japanese deaths, with no obvious cause.

The reports provide mortality numbers for 12 common causes, making up about 80% of all deaths in Japan, including heart disease, stroke, cancer, and pneumonia. Each increased in the past year, with the exception of homicide and suicide. The category “other,” which is a collection of all other causes, rose 5.9%. The sharpest increases occurred immediately after the meltdowns, in March-June 2011 (vs. the same period 2010), a finding consistent with that found in preliminary mortality in the U.S. in a December 2011 article I co-authored with Dr. Janette Sherman in the International Journal of Health Services.

Nobody should yet race to conclusions that 38,700 Japanese died from Fukushima exposure in the first year after the disaster. Several activities must occur. The final death statistics must first be posted, which will occur sometime next year. Counts of deaths and diseases among infants who are most susceptible to radiation exposure must be made public. Numbers for each area of Japan must be made public – radiation exposure from Fukushima would likely result in the highest rises in mortality in areas closest to the damaged plant. Numbers of deaths must be converted into rates, to account for any change in population.

Other potential factors accounting for increased mortality must be considered. For example, were there any fatal epidemics post-March 2011? Was access to medical services reduced in the aftermath of the earthquake and tsunami? Changes in morbidity and mortality rates often have more than one contributing cause.

The final element needed before conclusions are made is patience; vital statistics must continue to be tracked, and compared with radiation exposures to the Japanese people. One year after the 1986 nuclear meltdown at Chernobyl, which joins Fukushima as the two worst nuclear disasters in history, no examinations of deaths among nearby Soviet citizens had been done.  In fact, data was suppressed, and the standard line from the Soviet government – and for years after – was that 31 emergency workers who died putting out the fire at the stricken reactor were the only casualties.

Fast forward 20-plus years, with the publication of a 2009 book by the New York Academy of Sciences. A team of Russian researchers, led by Dr. Alexey Yablokov, published results of 5,000 reports and articles on Chernobyl – many in Russian languages never before made public.  Yahlokov’s team concluded that near Chernobyl, increases in diseases and deaths were observed for nearly every human organ system. They estimated that 985,000 persons died as a result of Chernobyl exposures by 2004 – and that many more were to follow.

There is no question that even if Fukushima studies proceed and are conducted in an objective manner, it will take years before the true extent of casualties are known. However, an early estimate of 38,700 additional unexplained deaths in Japan in just one year must be taken seriously, and underline the need for Fukushima health studies to be made a top priority, in Japan and in other affected nations."
- http://www.counterpunch.org/
●
Joseph J. Mangano, MPH MBA, is Executive Director of the Radiation and Public Health Project in New York.

Notes: Monthly mortality statistics from the Japanese Ministry of Health, Labour, and Welfare, are available at http://www.mhlw.go.jp/english/new-info/jul_2012.html .  Death statistics are in the July 26, 2012 publication “Monthly Vital Statistics Report (preliminary data) February 2012” and then select the same report for the prior 11 months.
Posted by CoyotePrime at 4:29 AM