“Rich Keep Raking It In While The 99.9% Struggle 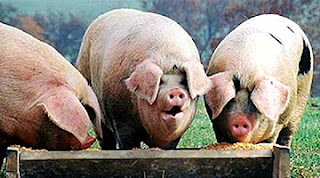 “The United States may be in crisis, but the rich keep getting richer. The net worth of the Forbes 400 richest Americans grew by 13 per cent in the past year to $1.7 trillion, as the gap between rich and poor continues to widen at a staggering rate. The average net worth of the 400 wealthiest Americans shot up by $400 million to a record $4.2 billion, Forbes said, serving to underscore glaring wealth inequality in America.

Bill Gates, the chairman of Microsoft Corp, is one year shy of topping the list for two decades straight with $66 billion, a massive $7 billion hike from the previous year. Warren Buffet, the American investor who likely became infamous amidst the uber-rich for proposing a tax hike on the wealthy, somewhat ironically trailed Gates with $46 billion. Larry Ellison, the cofounder and CEO of Oracle, clinched third with $41 billion - up $8 billion from last year. Charles and David Koch, the energy and chemical magnates notorious for bankrolling scores of right-wing advocacy groups, came in fourth and fifth respectively with $31 billion each. The top five remain unchanged from last year, though collectively they are much richer: all five men are worth $34 billion more than in 2011. One notable entry on the list - founder and CEO of Facebook Inc Mark Zuckerberg - did not see his fortunes rise, however.The social networking giant's wealth nearly halved to $9.4 billion after Facebook's lackluster initial public offering in May. His position dropped from 14 to 36 on the list.

The 13 per cent spike in wealth for America's wealthiest citizens stands in sharp contrast with the overall US economy, as the Federal Reserve recently cut its forecast for economic growth this year to between 1.7 per cent and 2 per cent. Median workers' wages meanwhile have been flat over the last forty years. The real minimum wage has also actually declined over the same period from $10.55 (adjusted for inflation) in 1968 to just $7.25 today.

By contrast, the Congressional Budget Office (CBO) estimated that between 1979 and 2007, the top 1 per cent of Americans income grew by 275 per cent. Meanwhile, it is estimated that during the economic expansion between 2002 and 2007, the income of the top 1 per cent grew 10 times faster than the income of the bottom 90 per cent. The CBO also found that between 1979 and 2005, after-tax income for middle-class Americans (adjusted for inflation) rose by 21 per cent while the richest 0.1 per cent grew by 400 per cent. Income is the flow of money coming into a household over a year, while wealth or net worth represents the stock assets it has as a result of inheritance and savings.

As America remains embroiled in a jobless recovery, the latest Forbes 400 list confirms a sentiment expressed by Paul Krugman last year. In an op-ed for the New York Times, he said Occupy Wall Street had aimed too low in identifying their enemy, as the movement's real slogan should read: "we are the 99.9 per cent."
- http://www.sott.net/
•
"In their lives there's something lacking,
What they need's a damn good whacking..."

Posted by CoyotePrime at 3:31 PM