Paulo Coelho, "The Consequences of Fear" 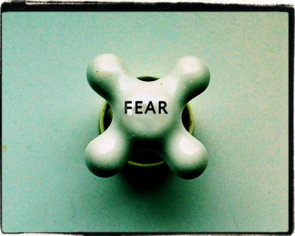 "The Consequences of Fear"
by Paulo Coelho

"• Worry is a mechanism of our psyche that prompts us to do something. The prompting energy is fear – usually fear of some consequence. Because it is fear, the person tends to avoid thinking about it. Thus worry tends to perpetuate itself in a circular way – the fear causes non-action, and non-action further causes worry.

• Anxiety is a fear whose object is nonspecific or vague, whereas worry is about something specific and identified. Anxiety is the result of repeated unprocessed fears that have accumulated in one’s subconscious. It has become a vague feeling about an impending misfortune but which cannot be dealt with because it is unspecified. To resolve it, it must first be converted to specific worries, and then one can apply the guidelines on how to handle worry.

• Panic is an overwhelming fear that makes the person confused and unclear about what to do. This is the accumulated result of many fears, worries and anxieties that have not been resolved and not been handled well. It sometimes results in panic attacks, those inexplicable feelings that may not have any immediate cause but which just manifests in the person.

• Phobias are fear-reactions that are (a) out of proportion to the actual danger, such as jumping and shrieking at the sight of a rat or cockroach, or (b) irrational, such as trembling when seeing the photo of a spider.

• Trauma is a psychological “wound” that can still cause distress in a person. Strictly speaking, acquired fears are really traumas in varying degrees of intensity. But a trauma becomes pathological when it causes periodic distress such as nightmares, intense reactions to anything that reminds one of it, or it severely disturbs one’s daily life and work.

• Embarrassment involves a “loss of face” and being confused and perplexed at the same time. The embarrassment may not have been caused by anyone, as when one slips and falls down “disgracefully.” Hence there is no cause for anger toward anyone (except perhaps oneself). The action is withdrawal and hiding, not wanting to face people. At its root is the fear of what people might think or say. Shame is a similar feeling."
- http://paulocoelhoblog.com/
Posted by CoyotePrime at 3:13 PM