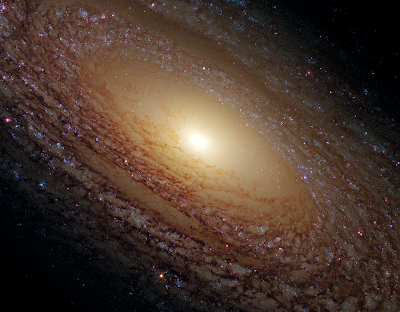 Click image for larger size.
NGC 2841 has a diameter of over 150,000 light-years, even larger than our own Milky Way, but this close-up Hubble image spans about 34,000 light-years along the galaxy's inner region. X-ray images suggest that resulting winds and stellar explosions create plumes of hot gas extending into a halo around NGC 2841.”
- http://apod.nasa.gov/apod/ap110219.html
Posted by CoyotePrime at 10:24 PM