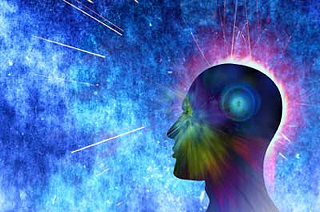 “Cranes or Skyhooks?”
by Chet Raymo

“In the late 19th century, an intractable problem bedeviled scientists. Geologists had convincingly demonstrated that the Earth was hundreds of millions of years old, and fossil evidence suggested that life had been around for most of that time. Which means the Sun must have been burning more or less steadily throughout the duration. Yet physicists and chemists could not provide any credible source of energy that would keep the Sun shining for all that time. Not gravitational contraction. Not chemical combustion or any other known chemical reaction.

So what to do? Do we abandon the geological time scale, perhaps affirming anew the biblical chronology? Do we hypothesize some cosmic or supernatural energy source to keep the stars burning? Does the failure of physicists to account for the Sun's extended lifetime prove the geophysical paradigm "almost certainly false"? Well, no. Not false, but, as it turned out, incomplete. The new century brought a new insight: the equivalence of matter and energy and E=mc2. Riddle solved.

And what is the moral of this story for the problem of consciousness? Don't rush to conclusions that confirm your personal prejudices. Wait and see.

It may yet turn out that the riddle of consciousness can be resolved within the context of materialist neo-Darwinian science. Certainly, research on that basis is proceeding apace. The fact that consciousness evolved in step with neuronal complexity gives gentle hope for the eventual reduction of consciousness to an activity of the electrochemical brain. On the other hand, it may turn out that neuroscience needs a paradigm shift comparable to E=mc2. Either way, we stay within a naturalistic worldview.