“Cyprus Ripe For Revolution, Youth Have No Hope: "They Just Got Rid Of All Our Dreams"

“Cyprus Ripe For Revolution, Youth Have No Hope:
"They Just Got Rid Of All Our Dreams"
by Tyler Durden

"There is a reason we think of youth unemployment as the 'scariest' thing in Europe as we have discussed here and here. After a few months of relative calm, it appears the youth are once again finding their hopes dashed and are protesting. As Reuters reports, thousands of students and bank workers protested in the Cypriot capital Nicosia today. "They've just gotten rid of all our dreams, everything we've worked for, everything we've achieved up until now, what our parents have achieved," is how one young protester exclaimed his feelings, as a bank worker added, "we are scared." It appears President Anastasiades comment that, "the agreement we reached is difficult but, under the circumstances, the best that we could achieve," is not reassuring an increasingly volatile people."
- http://www.zerohedge.com/ 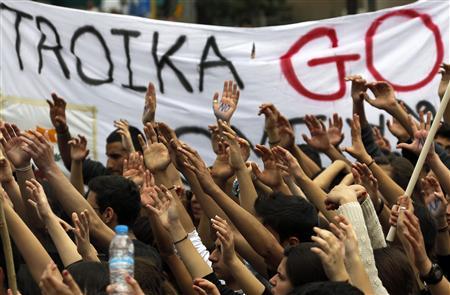 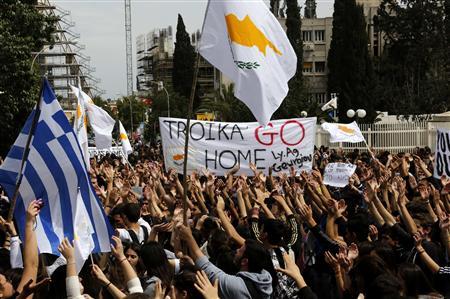 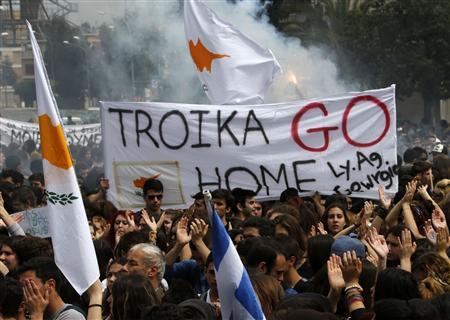 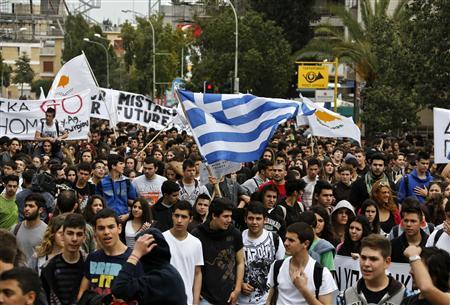 ●
A comment: You want to see "an increasingly volatile people?" Wait until capital controls like those imposed on Cyprus come HERE to the good old "land of the free and the home of the brave"... and a lot sooner than later, too. And if you think "Oh, that could never happen here...", you are a fool and richly deserve what you're going to get...

All over the country, troop and materiel movements, DHS buying 2 billion rounds of ammunition and 2,700 armored personnel carriers for domestic use, just whom do you suppose they intend to use all that on? Martians? No, Good Citizen, they'll use it on YOU if they have to. They're preparing, no, they're ready, to respond to something very big in this country. What do you suppose might be the trigger for that? Like the man says in the video, "We're in trouble..."
- CP
Posted by CoyotePrime at 12:13 PM