"Government Malfeasance: You Pay, They Laugh" 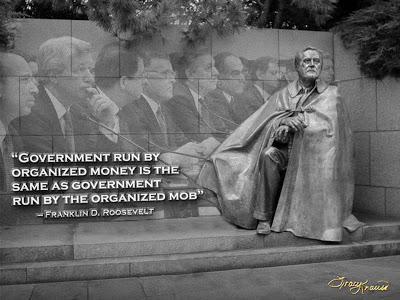 "Government Malfeasance: You Pay, They Laugh"
by Karl Denninger

"In a just world when someone swindles you they go to prison. If the swindle is extreme and the loss similarly extreme, they should get the death penalty- after a proper and fair trial, of course. But we do not live in a just world. We live in a world where plunder is the order of the day.

The recent Cyprus bank confiscation is both right and wrong. It's right in that it's the correct way to resolve a bank, provided the capital structure is honored and both shareholders and bondholders are wiped out- entirely- before depositors are hit. But it's wrong in that the government, including Brussels and the ECB, provided assurances that these institutions were financially sound and it turns out they lied. Now the fruit of this poison tree is upon us. Small businesses, which simply cannot operate without being over insured deposit limits in most cases at least some of the time, have been destroyed. There are now reports from real companies coming in that 85% of these firms'working capital has been effectively seized. The correct word for this is theft. This has and will force an immediate shutdown of these businesses and the loss of every single job associated with them.

I have no quarrel with someone losing an imprudently-made investment. That happens all the time, and I lose money all the time when I make bad investments. But this is not a matter of a bad investment.  It is a function of outright fraud committed by government agencies and false claims that they have repeatedly made, upon which these firms relied, and now they have been destroyed as a consequence. You cannot at the same time have the government telling you that the banks are safe and sound and at the same time preparing to, or actually, seizing your funds. That is felony grand theft and fraud- period.

That is not confined to Cyprus. Now Canada intends to put the same system in place. Buried on page 144 and 145 of their latest budget document is the following ditty: "The Government proposes to implement a  bail-in regime for systemically important banks. This regime will be designed to ensure that, in the unlikely event that a systemically important bank depletes its capital, the bank can be recapitalized and returned to viability through the very rapid conversion of certain bank liabilities into regulatory capital. This will reduce risks for taxpayers. The Government will consult stakeholders on how best to implement a bail-in regime in Canada. Implementation timelines will allow for a smooth transition for affected institutions, investors and other market participants. Systemically important banks will continue to be subject to existing risk management requirements, including enhanced supervision and recovery and resolution plans."

But note that there is no recompense when that "enhanced supervision" fails. When you deposit funds into a bank the cash the bank now has is an asset. The deposit is a liability. What they are talking about is you, the depositor, being the one who is tagged for that "very rapid conversion"- that is, they're simply going to steal your money. This, coming in the paragraph before they claim to have enhanced supervision, is an all-on joke. Either that supervision is an obligation of the government upon which you have a right to depend or it is an active and intentional fraud intended to lead you to leave money on deposit through deception when in point of fact doing so is not safe. Which is it?

In the Euro Zone the answer is already known- it's an active and intentional fraud that did lead you to leave your money on deposit through intentional deception. Incidentally, the model here is the United States. In the United States, if you remember, IndyMac bank was backdating deposits. The OTS knew it and in fact one of their employees had been caught allowing the same thing to happen during the S&L crisis. He not only kept his job after the S&L crisis he wasn't prosecuted this time either, and yet anyone who was over insured limits in Indymac got screwed. In addition, Washington Mutual, which I reported on at the time in 2007, was paying dividends out of money they didn't actually have. Once again, the OTS and FDIC did nothing and the firm eventually collapsed.

In the United States 12 USC ß1831o requires bank regulators to take "Prompt Corrective Action" to prevent the exhaustion of bank capital and close the institution before that occurs. These are not suggestions, they are statutory requirements- requirements that were ignored in the United States and as a consequence real injury occurred to real people. Now the same thing has occurred in Cyprus.

These are not ordinary business failures where investors lose their money. They are failures where the government has falsely certified health and soundness and, in many cases, where it has intentionally ignored practices such as backdating deposits that intentionally created a false appearance of health. The organs of these governments, including our government, have been willful and intentional co-conspirators with those who committed these acts. And yet.... nobody has gone to jail. Trust? Honor? Integrity? Honesty? The rule of law?  Forget it- all you have left is the rule of the Jungle, and as it stands right now, given your choices and actions thus far, you're what's for dinner.“
- http://market-ticker.org/
•
"It's a big club, and you and I ain't in the club."
-George Carlin 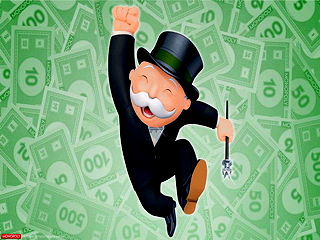 Posted by CoyotePrime at 2:15 PM