"Now It's Getting Real In Cyprus" 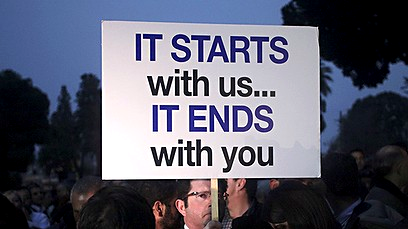 "Now It's Getting Real In Cyprus"
by Karl Denninger

"The latest tidbit is that capital controls are tightening and withdrawl limits on ATMs are being cranked down materially. One of their banks is reported to have just "hours" of liquidity left (how many hours, may I ask?) There were demonstrations that looked a lot like a riot to me, with attempts to come after members of the Parliament (you're getting warmer folks.) There are also rumors that they're going to try to "haircut" Russian (mobster) deposits by 40%.  How thick is the kevlar vest you're wearing, and do you have a food taster? Another way to put this: Do your prefer your poisioning by high-speed lead or polonium?

Remember the original claim when Cyprus was admitted to the EU- that it would "prevent" shocks to their economy due to various macro-level events. How's that working out for 'ya? Here's the reality behind all of this: The various arms of government and its regulatory apparatus, including the ECB, is directly, proximately and should be held civilly and criminally responsible for this. Why? Because those arms of government put forward a capital structure that looked like this, as we did here in the United States:

And then they formalized that structure with a published and formal guarantee that deposits were safe. The claim was predicated on the right to monitor an institution to guarantee that it could always "cram down" the subordinated levels in the capital structure, one at a time, and that the government would step in and close the institution before any deficit reached the top Depositor level. They didn't do their job and that is the proximate reason that there is now an embedded loss, and worse is that they're trying to protect some of the bondholders while screwing people who are senior to them!

We did that here, incidentally, with GM's bankruptcy. The UAW got "protected" while bondholders got screwed, despite the fact that the UAW had no legal standing be first in line.  The government didn't care and you didn't act to stop it. Having gotten away with this sort of crap repeatedly it is now being done again.

I have no problem, by the way, with a bank system that intentionally exposes depositors to the risk of loss of their funds as investors. But in order for that to be the case there must be explicit disclosure when you open an account and the capital structure and how it works must be disclosed and agreed to. Stop calling things "deposits" (or even worse, demand deposits) if they are in fact bonds. Words matter and so do what people agree to. If you emblazon deposit guarantees on your window you better honor it or those responsible for abrogating that guarantee deserve to hang.

What ultimately destroys all polite and rational societies is abrogation of the rule of law. There are many who want to laud people like Sheila Bair, but in fact she was part of the problem here.  How else can you explain the outrageous haircut that was ultimately taken on Colonial Bank's assets, a publicly-traded firm, when BB&T acquired them after they failed?  Either BB&T robbed the bank or the claimed asset values just a couple of months previous were fantasy material and thus rank violations of both civil SEC regulations and the criminal portion of SarBox, and in addition they document the FDIC's and OCC's failure to do their respective jobs in regulation.

Yet nobody went to jail.

We will never have financial stability again until that problem is fixed and the rule of law once again matters. There is only one way to stop people from behaving badly in this regard, and that is to hit those who do so with severe criminal penalties- seeing one of your compatriots locked in a box with Bubba for a nice long date has a tremendous impact on focusing your mind on the risk:reward profile of intended future actions.

With a formal "drop dead" date of Monday things are going to heat up a bit over the weekend, I suspect. You might want to think about protection from a market perspective, although I remain convinced that this is not the domino that sets off the mess- we're playing the "Bear Stearns" game here, and this is the warning flag that despite the claims of all those pumpers in the market all is not well and the excessive leverage problems are starting to leak to the surface once again."
- http://market-ticker.org/
●
Read the words on the sign in the graphic above.
One would be well advised to seriously consider that as truth...
- CP
Posted by CoyotePrime at 1:27 PM