Paulo Coelho, “May We All Be Forgotten” 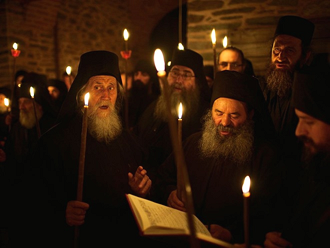 “May We All Be Forgotten”
by Paulo Coelho

“In the monastery of Sceta, Abbot Lucas gathered the brothers together for a sermon. ‘May you all be forgotten,’ he said. ‘But why?’ one of the brothers asked. ‘Does that mean that our example can never serve to help someone in need?’

‘In the days when everyone was just, no one paid any attention to people who behaved in an exemplary manner,’ replied the abbot. ‘Everyone did their best, never thinking that by behaving thus they were doing their duty by their brother. They loved their neighbor because they understood that this was part of life and they were merely obeying a law of nature. They shared their possessions in order not to accumulate more than they could carry, for journeys lasted a whole lifetime. They lived together in freedom, giving and receiving, making no demands on others and blaming no one.

That is why their deeds were never spoken of and that is why they left no stories. If only we could achieve the same thing now: to make goodness such an ordinary thing that there would be no need to praise those who practice it.”
- http://paulocoelhoblog.com/
Posted by CoyotePrime at 7:26 PM