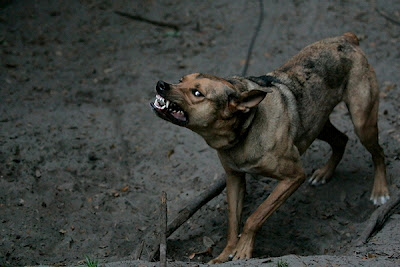 “And so, the audit of the Federal Reserve was released last September... $16 TRILLION dollars of YOUR money, “lent” at 0% interest not only to the Too-Big-To-Fail American megabanks, but trillions of dollars to many foreign banks as well. When was the last time YOU received a 0% loan? Slowly but surely, the truth of how savagely we, the People, have been financially raped, over and over again, is coming out, and as it does, a tiny minority of our population shudders in horror…

And fear comes now, at last, to the “Ruling Elite”. Not the fear of financial loss, though that pervades their lives like a gloomy, poisonous cloud of dread. They sense something else, something far more primal and primitive, something never encountered by their kind in their mansions and estates, their country clubs and society balls, something their lives of absolute privilege and comfort could never prepare them for. They feel fear, as their grip on control grows weaker every day, as numbers of a different kind begin to trace the outlines of coming events they could never have conceived, or believed, to be possible. Slowly, inexorably, like an irresistible ocean tide, the source of their fear grows stronger every day, and they are totally unable to stop it. The ‘Masters of the Universe’, these mighty financial titans, are beginning to tremble as the first hints of their most horrifying nightmare begin to materialize, along with the awful realization of what the consequences of that nightmare may mean to their kind.

Worldwide, social unrest and violent protest has broken out in response to massive job loss, deteriorating standards of living, poverty, and the inability of governments to remedy the situation. Not so in America. Despite the incredible suffering now happening here, the job losses, foreclosures, hunger, poverty, the grinding, daily humiliations Americans endure, we have remained strangely passive, like dogs beaten into submission, fearful of the Master’s whip. The “Ruling Elite” have always counted on that docile submissiveness to enable the continuance of their financial rape and plunder of this country- after all, as long as enough crumbs from their tables kept the dogs in check, why bother pacifying them further? And in truth, we, the people, have done nothing to change things, content with the “bread and circuses” of “American Idol” and “Survivor”, the “big game” this week, the latest celebrity gossip, all the worthless trivialities we distract ourselves with- God forbid we should ever actually look at what our world has become, no, that’s too painful, we lie to ourselves that “it could never happen here”, far better to remain narcotized in our safe little delusional cocoons. But nothing lasts forever, not even the expectations of the “Ruling Elite.”

Why? Because all their perceived power is an illusion, just like the “money” in their cleverly crafted fiat-money, fractional reserve banking system that has made debt slaves of us all. We, the people, have persuaded ourselves to believe that what they’ve told us is reality, that despite the clear evidence of injustice, social and financial inequality, the monstrous and illegal wars we wage, and real suffering by millions of our people, that this system is the best we could ever hope for, and to change it would bring chaos and anarchy into our lives, and the destruction of all we know and love. And we, unquestioningly, eagerly, believed that.

Unwittingly, the “Ruling Elite” have brought about the conditions for the very changes they are most terrified of. In their infinite greed and arrogance they’re now destroying the entire world’s economy, creating a $1.44 QUADRILLION black hole of “derivatives” which is mercilessly crushing the life from their cherished creation. Side effects of that destructive process are the loss of tens of millions of jobs worldwide, the elimination of many of the material benefits and comforts that have successfully pacified the masses for so long, and social unrest up to and including civil wars. The pain and suffering grows deeper every day, with no end in sight.

For the “Ruling Elite” this is terrifying news. They no longer have any crumbs from their table to give us! And there are very, very many of us, and very few of them. At some point, when the suffering is finally unacceptable anymore, when the pent-up rage, hopelessness and frustrations can’t be tolerated for another moment, when the true scope of their mistreatment and abuse clarifies into a conscious understanding of what has really happened- at that point the people will demand to know and hold accountable who was responsible for it all. Our Masters understand this all too well. They’ve already lost control, and they know it. All that saves them is the continuance of the illusion of “normality”, which is being smashed daily; all they can do is watch in horror as their beaten dogs, increasingly aware and awake, and very, very hungry, become enraged and vengeful, and sooner or later come to their table, but it won’t be crumbs they’ll be looking for… And now you know why Homeland Security purchased 2,770 armored personnel carriers and 2 billion rounds of ammunition, and whom they intend to use them on. You...
Posted by CoyotePrime at 1:30 PM

Email ThisBlogThis!Share to TwitterShare to FacebookShare to Pinterest
Labels: CoyotePrime