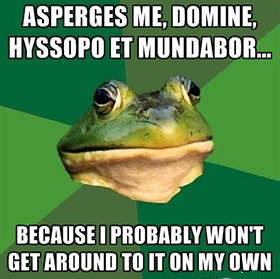 “Asperges Me, Domine” *
by Chet Raymo

“Greystone Books publishes a series of "Literary Companions" to natural environments- mountains, rivers and lakes, deserts, gardens, and the sea, so far. Now they come to my environment - night - and have been kind enough to include a chapter from “The Soul of the Night”, the chapter called "The Shape of Night." I am in lovely company, admired companions of several generations - Diane Ackerman, Timothy Ferris, Annie Dillard, Henry Beston, Loren Eiseley, Louise Erdrich, Pico Iyer, and Gretel Ehrlich, to name but a few- all connoisseurs of darkness.

Our earliest mammalian ancestors were presumably nocturnal - to escape the predations of dinosaurs - but for most of human history we have been afraid of the dark, huddling in caves around stuttering fires, curled together in darkness like mice in a burrow. Night belonged to animals with big, dark-adapted eyes and sharp teeth, to footpads and graverobbers, to werewolves and vampires. Ironically, it was with the coming of electric illumination that it became reasonably safe to go out and about at night, even as the illumination erased the best reason to do so.

William Blake called day Earth's "blue mundane shell... a hard coating of matter that separates us from Eternity." At night we peer into infinity, awash in a myriad of stars. We creep to the door of the cave and look up into the Milky Way and catch a glimpse of divinity- everlasting, all-embracing, utterly unknowable. Night- that cone of shadow, that wizard's cap of spells and omens- is the chink in Earth's shell through which we court Ultimate Mystery the way Pyramus courted Thisbe.

Which is why, I suppose, that whenever I think of "the porch" of people who visit here, I imagine Carolina rockers on a southern summer verandah, far from city lights, Vega, Deneb and Altair swimming in the Milky Way, fireflies flickering on the lawn. At some point the conversation ceases and we simply sit, rock, and listen to the sounds of the night - the whippoorwill, the bullfrog, the cricket and the owl - and let starlight fall upon our heads like a sprinkling of holy water.”
- http://blog.sciencemusings.com/
•
* “Wash me, Lord. Sprinkle me with hyssop and I shall be clean.”
- The Catholic Mass
Posted by CoyotePrime at 8:10 PM