"CISPA: Facebook Passwords To Employers As A Condition To Get Or Keep Your Job Nearly A Reality" 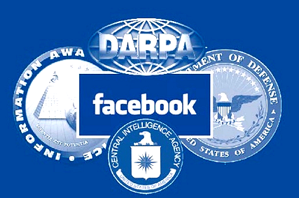 "CISPA: Facebook Passwords To Employers As A
Condition To Get Or Keep Your Job Nearly A Reality"
By Live Free or Die

"If you think that the invasion of your private life was not already bad enough, the just passed CISPA internet ‘protection’ bill may force employees to give their employers their Facebook passwords. You read that correctly; get ready to hand over the password for your Facebook account to your employer in order to either get or keep your job. Big Brother is here; America and freedom nearly dead! Call your Congressmen now if you're not happy with this. If you think that this is a good idea, just keep ‘slaving away’ because you’re already ‘dead and gone’.

An attempt to ban US bosses from asking employees to hand over their Facebook login details has been blocked by Congress. A last minute alteration to the controversial Cyber Intelligence Sharing and Protection Act (CISPA) that would have prevented employers demanding that prospective employees disclose social media passwords as a condition of employment was voted down in the house of representatives.

Handing over passwords could legally be a condition of acquiring or keeping a job, said WebProNews. Perlmutter said of his amendment before it was defeated: ‘It helps the individual protect his right to privacy and it doesn’t allow the employer to impersonate that particular employee when other people are interacting with that person across social media platforms.

Abby Martin talks to Michelle Richardson, Legislative Counsel with the ACLU, about the renewed push for CISPA, and how its implications could be worse than the Patriot Act:
- http://beforeitsnews.com/
Posted by CoyotePrime at 11:53 AM