“How Do We Humans Ever Make Good Decisions?” 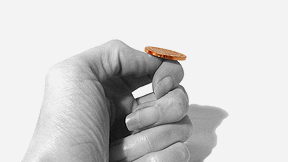 “How Do We Humans Ever Make Good Decisions?”
by Jim Taylor, Ph.D.

“It’s a wonder that good decisions are ever made by the species known as Homo Sapiens. The reality is that the cards are stacked against us whenever we are faced with choices, especially when the decisions are of consequence. Think about all of the horrendously bad decisions that have been made in recent history and how obviously bad they look in our rear-view mirrors. The Iraq war, securitizing mortgages, Congress not voting for background checks on gun purchases, another season of The Bachelor, the list goes on. And bad decisions don’t just occur at the highest levels of government or business; rather, everyday folks can make appalling decisions as well, whether getting married to that particular person (50% of marriages end in divorce), wearing those low-cut jeans, buying a Hummer, or going into debt to remodel the kitchen.

The fact is that humans are behind the eight ball from the get-go when it comes to making decisions. Children are wholly ill equipped to for decision making. They lack knowledge, experience, and perspective. Children are myopic, impulsive, and easily persuaded. It doesn’t get much better during adolescence when teenagers are driven by raging hormones, underdeveloped self-identities, and peer and cultural pressure.

Perhaps the biggest obstacle is neurological where the pre-frontal cortex, the part of the brain associated with executive functioning, doesn’t fully develop until the early twenties. Executive functioning directly influence decision making because it regulates, controls, and manages our thoughts, emotions, and behavior. It influences our reactions to new, ambiguous, and difficult situations. It helps us to weigh risks and rewards and short- and long-term consequences. Executive functioning assists us in planning, organizing, and executing decisions and, importantly, it can prevent us from making rash and potentially harmful decisions.

It doesn’t get any easier as adults to make good decisions either. A wide range of research has demonstrated that we are often at the mercy of psychological, emotional, social, and situational influences when we make decisions. Daniel Kahneman, the Nobel Prize winner in economics, has demonstrated the powerful effect that cognitive biases have on our decision making. Cognitive biases involve the tendency to draw conclusions and make decisions based on limited information or self-interest. An extensive body of research has demonstrated that these biases can lead to irrational decisions at very level of society.

Our decision making is also influenced by our emotional states and social world in ways both overt and subtle, making us appear quite fickle in what we decide. For example, feeling stressed or rushed alters our decisions. The decisions we make are affected by our mood. We make different decisions based on whether we are feeling happy, contemplative, or disgust. As considerable research on peer pressure and groupthink has demonstrated, our decisions are also significantly influenced by social forces, whether friends and family, cultural messages, or societal norms.

Another thing I learned recently is that emotionally laden information (i.e., information that is threatening in some way) goes directly to the emotional center of the brain, including the amygdala and related structures. This connection isn’t surprising given the role that our emotions play in our survival; we need to receive and act on threatening information right away or we may die.

Unfortunately, the rapid decision-making associated with triggering the fight-or-flight reaction that served humans well during primitive times is generally ineffective at helping us make good decisions about complex issues in modern times. And emotionally relevant decisions are the ones that are usually the most important and most necessary to get right. What is even more unsettling is that there are no direct neurological pathways to the prefrontal cortex; all emotional information goes through the primitive emotional brain. So, the pre-frontal cortex is at a severe disadvantage in contributing to decision making because the information it receives is “old news,” secondhand, and tainted by emotions.

We can only conclude that we humans are behind the eight ball when it comes to making decisions and we have a long history documenting just that. Yet somehow we do find ways to make good decisions, whether buying a Prius, not investing with Lehman Brothers, or not invading Iran.

With such a strong current pulling us in the direction of bad decisions, what can we do to increase our chances of making good decisions? Here are a few strategies:

Of course, there is no way we can completely resist all of the genetic, neurological, psychological, emotional, and social forces that impact our decision making. But these few simple steps can prevent us from making truly appalling decisions like, say, attacking North Korea or watching the latest music video from Psy.”
- http://www.psychologytoday.com/
Posted by CoyotePrime at 6:14 PM