Of Bombings and Tax Havens: Terrorizing the Economy" 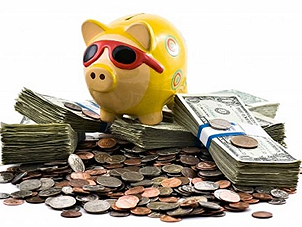 "Of Bombings and Tax Havens: Terrorizing the Economy"
by Laura Flanders

"Two acts of cruelty claimed lives this tax day. One was criminal, bloody and shocked a nation. The other was routine, legal and potentially way more deadly. They both rely on secrecy. The bombs near the finish line of the Boston Marathon were planted by we don’t know whom. The tax haven: a killer at the heart of our world economy, was planted by the planet’s richest people, businesses and banks with the complicity of their governments. 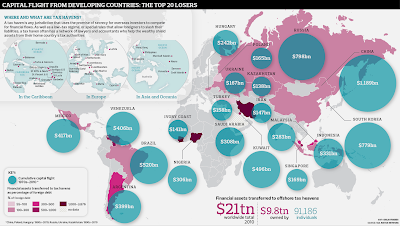 Compare tax evasion to terrorism? That’s going a bit far, I hear some of you say. Possibly, but think about it: There’s a lot of wealth in the world. Right? You and I keep reading about it. The stock market is soaring and the world’s biggest companies are only getting richer. There was another report about that in the NY Times this week. The profits for the 100 largest companies in the Standard & Poor’s stock index are up and in the world of finance, the top hedge fund managers are back in the pre-crash world of mega-big big earnings. David Tepper, who oversees $15 billion of assets at Appaloosa Management, came in tops last year with a $2.2 billion payday.

So why are we in austerity, sequester, you name it; why are our public coffers so badly strapped? Income tax was supposed to fix all that, wasn’t it, guaranteeing that as the rich got richer they paid a fair share back to the society wherein grew their riches? As historian Sam Pizzigati told GRITtv last week, “Between 1900 and the 1950s, average Americans beat down plutocrats every bit as dominant as ours.” A century that began with huge private fortunes and most Americans living in poverty came to see a mass middle class and social reforms thanks to organizers pushing Congress to pass a progressive income tax. And then what happened? America’s rich figured out how to evade paying tax.

Today of course it’s not only Americans.  The Tax Justice Network estimates that at least $3.1 trillion of the world’s Gross Domestic Product is hidden away in low or no-tax tax havens, far from the tax man or woman in the place where that money was made. What’s the price of that? In developing countries it amounts to the mass theft of mineral wealth and resources, extracted without paying a fair fee back. Here at home, it’s a theft from our public coffers, and it explains why, while, Wall Street is beyond booming, our public services strapped for cash. Public healthcare, education, lights and roads: when those making the most money are hiding it, who pays? Who hurts?

We’re not talking about a marginal phenomenon here. Today, tax evasion, loopholes and the off-shoring of assets in places like the Cayman Islands or the British Virgin Islands, is central to the global economy, especially to David Tepper’s world of finance.

Artist and activist Paolo Cirio told me this week that 85 percent of all hedge funds use offshore shell companies to hide from taxation. Their governments facilitate it. Cirio has a solution – democratize evasion for all. He’s hacked into the Cayman Islands corporate registry and he’s giving away shell company identities to anyone who wants one.  Why not? It’s basically what the registrars do, he says.

Empowering everyone to evade taxes, hide money and debt, is one way to go. Another is transparency. If wealthy taxpayers knew their tax returns would be open to public inspection, they would be far less audacious with their evading. Disclosure would also help lawmakers identify the tax loopholes that most needed plugging. In 1934, progressives actually added a disclosure provision to the tax code, says Pizzigati. But the super rich counterattacked and killed it.

It’s time to try it again. Unveil the evaders. JPMorgan Chase, Goldman Sachs and Bank of America, Coca-Cola, Intel, Del Monte, Seagate, Oracle, Pfizer and American Airlines, Apple, Berkshire Hathaway, Cargill, Ford, General Electric, Google, Facebook, Amazon, Wal-Mart, Vodafone, Starbucks… As it should be, there’s an all-points, all the time, everywhere effort to identify and stop the shady killer or killers responsible for the murder and mayhem in Boston. Isn’t it time we got just as serious about the people who are terrorizing our economy?”


- http://www.counterpunch.org/
Posted by CoyotePrime at 4:09 PM