“No Income, No Spending” 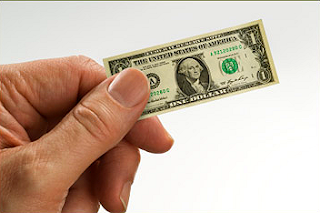 “No Income, No Spending”
by Karl Denninger

Uh huh. Here's the problem- roughly $1 trillion in monetary dilution against a $15 trillion economy is ~7% dilution in purchasing power annually. This means that personal income and spending must increase at least 7% in dollar terms simply to be even at the consumer level.

For the last couple of years what we keep hearing is how it's "awful" that we're not getting real employee growth, real small business growth, real anything. Instead we see these "anemic" figures month after month with wobbles toward negative outright figures. Nobody is talking about the monetary reality, which is that trying to boost "nominal" income, investment and spending through government credit expansion has not worked for the last five years.

This is the fundamental disconnect in the economy .vs. the markets. The markets have priced in an expansion that hasn't happened. The consumer has been propped up through transfer payments of various sorts along with people spending what would otherwise be mortgage payments. All of these distortions have create a mirage- a belief in a "recovery" that never actually happened. The employment population ratio does not lie and it, along with these figures adjusted for currency debasement are well into raw Depression territory.

There are those who believe that The Fed can continue these games forever and that the check will never have to be paid- or at least not in our lifetimes. I will close by reminding everyone that this is exactly what was believed in the tech industry in late 1999 and housing in 2007. How did it turn out?”
- http://market-ticker.org/
Posted by CoyotePrime at 3:21 PM