Paulo Coelho, “The Well of Madness” 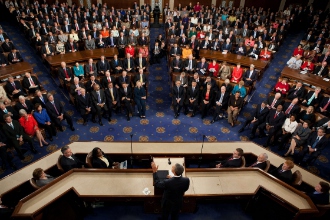 “The Well of Madness”
by Paulo Coelho


“A powerful wizard, who wanted to destroy an entire kingdom, placed a magic potion in the well from which all the inhabitants drank. Whoever drank that water would go mad. The following morning, the whole population drank from the well and they all went mad, apart from the king and his family, who had a well set aside for them alone, which the magician had not managed to poison.

The king was worried and tried to control the population by issuing a series of edicts governing security and public health. The policemen and inspectors, however, had also drunk the poisoned water, and they thought the king’s decisions were absurd and resolved to take no notice of them.

When the inhabitants of the kingdom heard these decrees, they became convinced that the king had gone mad and was now giving nonsensical orders. They marched on the castle and called for his abdication.

In despair the king prepared to step down from the throne, but the queen stopped him, saying: ‘Let us go and drink from the communal well. Then we will be the same as them.’ The king and the queen drank the water of madness and immediately began talking nonsense. Their subjects repented at once; now that the king was displaying such wisdom, why not allow him to continue ruling the country?”
- http://paulocoelhoblog.com/
Posted by CoyotePrime at 6:34 PM