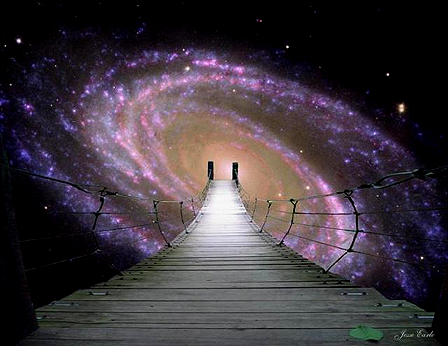 “So Where Are We?”
by Zen Gardner

"We’re in the thick of it. My biggest concern? So many have been warned and so few have heeded. You can’t even count how many seriously weird things are going down, practically all of them carefully designed, and an intoxicated world dutifully falls into line robotically. That’s the weirdest thing of all.

The engineers we’re up against are in a very powerful position and are not afraid to use it. Besides the other idiocies transpiring in full frontal view, the MSM now joins the asteroid meme saying, “Get canned food, the asteroid is approaching..”, all while the government says preppers and hoarders are potential terrorists.

Push me, pull me. Typical. The world is such a shitty place to live right now if you listen to these morons’ interpretations and scripted propaganda. But what else can you get during this clampdown?

It’s f****ed up to the core if you look at it honestly. Between EU declarations that you can’t grow your own seeds, to the UN gun control resolution while governments militarily wreck desired countries and arm extremists worldwide to overthrow their latest Malthusian inspired targets…we have a serious disconnect.

When Monsanto gets a free pass to not only deliver worldwide health crippling genetic changes in plant and animal life…but to even PATENT it….AND get governmental protection…we have a serious disconnect.

When police are allowed to incarcerate and kill at will any arbitrarily selected “suspect” or “dissident”, without due process….we have a serious disconnect.

When it comes to the beyond Orwellian global armed drone deployment for not just surveillance, but global almost random murder of untried “suspects” anywhere, including in the home countries of these insane “freedom defending” devices…..we have a serious disconnect.

And there’s so much more. Damn.

Politics? Our NeoCon Zionist Masonic Illuminati infested governmental structure, here and elsewhere, is a sick joke on an induced psychotic, sedated humanity. And “it’s everywhere you wanna be”, you can count on it.

Don’t take anything for granted, it ain’t what you think it is. On top of it, we’re infiltrated to the core and lied to beyond comprehension. There are people around you that would sell you out for a Big Mac. That’s the world we’re “quantitatively easing” into, as they like to say.

Surreal. By your permission, mind you dear participant.

And the reason for the big terms, big concepts, “too big to fail” and the like? Mega bullshit to carry the unsuspecting MSG/GMO/Aspartame media addicts into the next spiritual torture chamber, something for further indoctrination, breeding, bleeding and seeding. “Energy tapping” if you will. We’re not really useless eaters, kind of useful feeders. Sorry, that’s the ugly truth about this dirty matrix we’re seeing this temporary full fruition of.

Take it or leave it. But I’m of a firm conviction that it’s either get this goddamn lie front and center in your focus and admit it’s real and do something about it, or it’s bye bye.

Time to decide. That’s the truth. Now act… and deal with it responsibly, lovingly, but truthfully. Just don’t be another ignorant, unresponsive lump of dead ass unlit coal. There’s plenty of that around doing no good to anyone including themselves. They think themselves into unresponsive oblivion while thinking they understand.

If you’re reading this I suspect you’re looking for affirmations of what you already know to be true. Light it up. Do it. Act on it. That’s the key. Never fear. Fear is their vibe, their control mechanism, to induce unquestioning  paralyzing thought and inaction. Be who you truly are. It’s that simple. The rest will follow. Simply be you.”
- http://beforeitsnews.com/
Source: http://www.zengardner.com/
Posted by CoyotePrime at 4:26 PM