“The IRS and the Real Scandal” 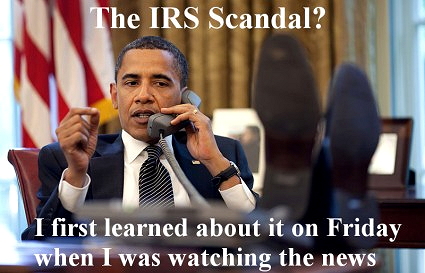 “The IRS and the Real Scandal”
by Robert Reich

“This systematic abuse cannot be fixed with just one resignation, or two,” said David Camp, the Republican chairman of the House tax-writing committee, at an oversight hearing Friday morning dealing with the IRS. “This is not a personnel problem. This is a problem of the IRS being too large, too intrusive, too abusive.”

David Camp has it wrong. There has been a “systematic” abuse of power, but it’s not what Camp has in mind. The real scandal is that: The IRS has interpreted our tax laws to allow big corporations and wealthy individuals to make unlimited secret campaign donations through sham political fronts called “social welfare organizations,” like Karl Rove’s “Crossroads,” the U.S. Chamber of Commerce, and “Priorites USA.”

This campaign money has been used to bribe Congress to keep in place tax loopholes like the “carried interest” rule that allows the managers of hedge funds and private equity funds to treat their income as capital gains, subject only to low capital gains taxes rather than ordinary income taxes, and other loopholes that allow CEOs to get special tax treatment on giant compensation packages that now average $10 million a year.

Despite a growing number of billionaires and multi-millionaires using every tax dodge imaginable – laundering their money through phantom corporations and tax havens — the IRS’s budget has been cut by 17 percent since 2002, adjusted for inflation. To manage the $594.5 million in additional cuts required by the sequester, the agency will furlough each of its more than 89,000 employees for at least five days this year.

Finally, all of this, coming at a time when the Supreme Court has deemed corporations “people” under the First Amendment and when income and wealth are more concentrated at the top than they’ve been in over a hundred years, has enabled America’s financial elite to further entrench their wealth and power and thereby take over much of American democracy.

This is the real scandal and the real abuse, Congressman Camp. Your indignation over the IRS’s alleged “targeting” of conservative groups is a distraction from the main event.”
- http://www.commondreams.org/
Posted by CoyotePrime at 1:16 AM