“The IRS Is Seeing Everything You Do Online” 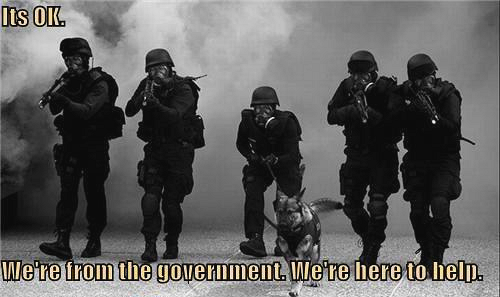 “The IRS Is Seeing Everything You Do Online”
By Michael Kling

“The IRS may be watching your online activities — including what you post on social media sites, what you sell online, even what you write in emails and text messages. Some tax experts and civil liberties groups are disturbed by what they call the agency's secretive practices. Taxpayers know little about how it uses big data and "robo-audits." "It's well-known in the tax community, but not many people outside of it are aware of this big expansion of data and computer use," Edward Zelinsky, a tax expert at Cardozo Law School and Yale Law School, told U.S. News & World Report. "I am sure people will be concerned about the use of personal information on databases in government, and those concerns are well-taken." Anything you do or say on the Internet can be used against you in IRS enforcement actions, he stressed.

The IRS spent about $1 billion in its recent data-mining modernization. As a result, the agency's is rolling out an effort to deploy sophisticated data-matching and pattern-recognition technology, and match up taxpayer returns with third-party information, according to U.S. Treasury Inspector General for Tax Administration J. Russell George. The IRS is collecting massive amounts of data, tracking Internet users' online movements, and using Social Security numbers, health records, credit card transactions and other information that private companies cannot obtain, according to U.S. News.

The IRS Criminal Tax Division has long believed that it can read your emails without a warrant, said American Civil Liberties Union staff attorney Nathan Freed Wessler, citing IRS documents. The ACLU examined 247 pages of IRS records obtained through a Freedom of Information Act request to learn if the IRS obtains search warrants before reading emails, texts, and other digital communications. "So does the IRS always get a warrant?" Wessler wrote in an ACLU blog post. "Unfortunately, while the documents we have obtained do not answer this question point blank, they suggest otherwise."

The agency should be upfront about its policies and obtain warrants, he argued, saying the federal law on email access is hopelessly outdated. "Let's hope you never end up on the wrong end of an IRS criminal tax investigation. But if you do, you should be able to trust that the IRS will obey the Fourth Amendment when it seeks the contents of your private emails." The Sixth Circuit Court Appeals Court in United States v. Warshak ruled that the IRS must obtain a warrant to read private emails, but the IRS has not said if it now obtains warrants everywhere or only in the Sixth Circuit.”
- http://www.moneynews.com/
Posted by CoyotePrime at 2:46 PM